Seven things I learned from travel in 2017 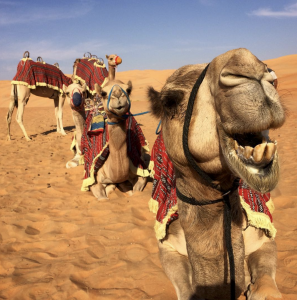 In Baja California, I learned whales can barely see but poke their heads out of the water to look around anyway. I saw a hilarious Viking reenactment in Manitoba, had Neil Young’s favorite donut on a rock’n’roll tour of Winnipeg, and then went to a rodeo where cowboys, a few miles from the US border, actually favor public healthcare. I faced a muay Thai champion in a Bangkok ring. I made a travel video with my daughter, in which she coined the term “such amazing.” And I got to many places for the first time: Georgia the country (to start a bareback horse race), Sweden, the Empty Quarter of the Arabian peninsula (where I spent a week traveling with a hilarious Syrian), backwater canals and record shops of Kerala, and the Mark Twain House of Hartford.

But I’m not going to dwell (more) in these highlights. Instead – as I did last year – I’m sharing a few things I LEARNED from travel. 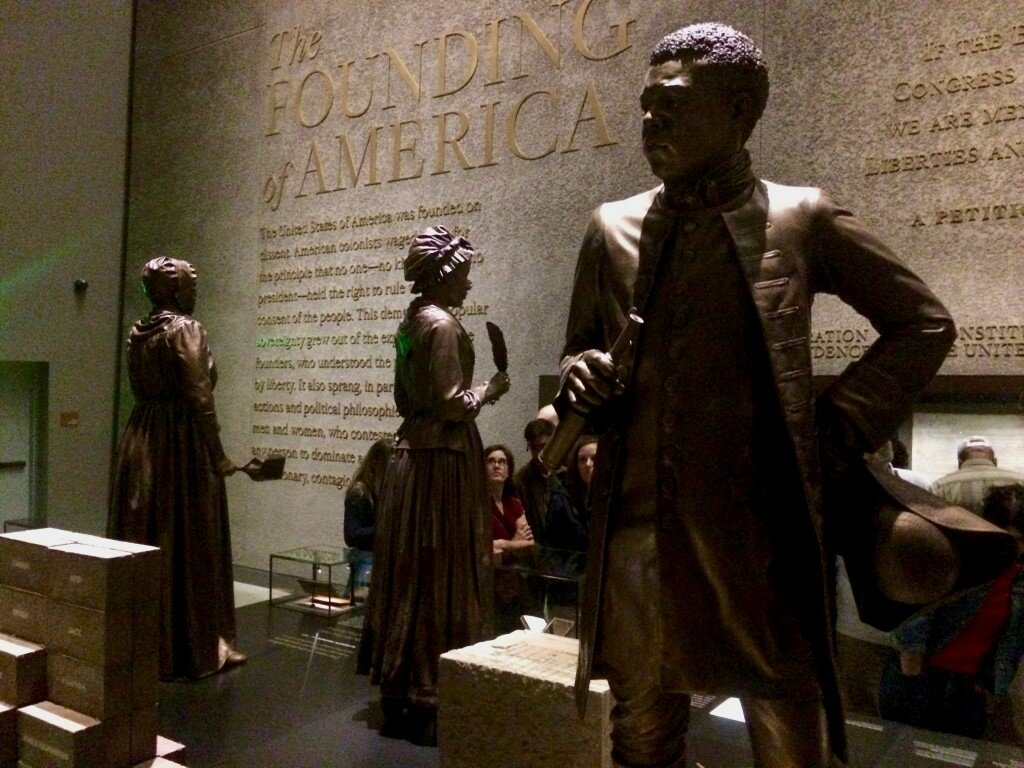 1. THE NATIONAL MUSEUM OF AFRICAN-AMERICAN HISTORY IS THE MOST IMPORTANT MUSEUM IN THE USA

That it took 100 years to make this DC museum says nearly as much about the state of race in America as its powerful building design and exhibits do. Everything is laid out chronologically, from slavery and reconstruction, to Jim Crow and the emergence of the KKK terrorist organization, and the Civil Rights movement in the 1960s. I will never forget seeing an African American dad holding his seven-year-old daughter and explaining Rosa Parks, or the grandmother clutching her grandson as he looked in wide-eyed confusion at the original open casket of Emmett Till, the 14-year-old who was brutally beaten by white men who were acquitted.

Every American should visit. 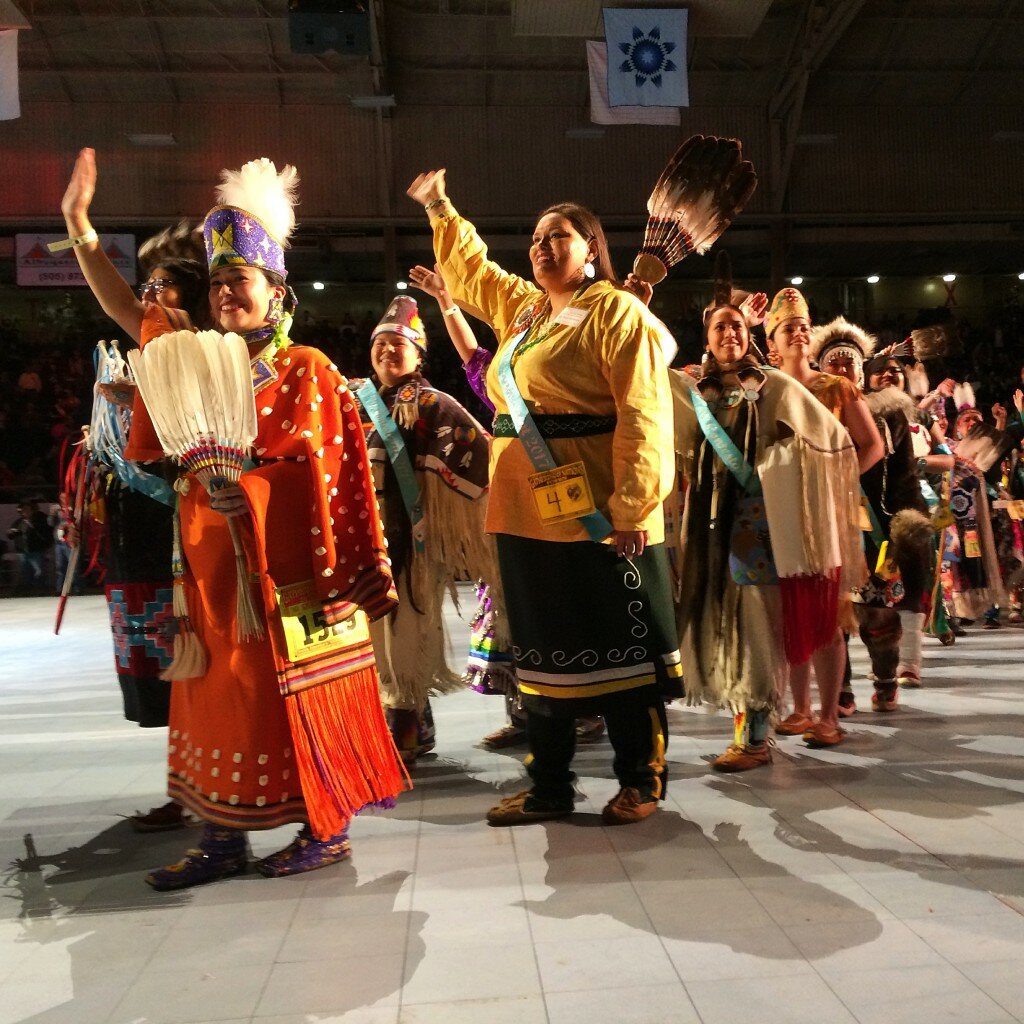 I got a front row seat at the biggest pow wow in the world, Albuquerque’s Gathering of Nations. And watched Native Americans rush the floor in traditional dress. They were proud, they are amazing, they were boasting traditions that link back centuries before Europeans showed up. It felt like something like a middle finger to the oppression they’ve faced – right up to Standing Rock.

It was like, “we’re still here, we’re still strong. This is American culture.”

It was the most best two travel days of my life.

For two days, I was the guest of the Jemez pueblo, an hour’s ride north of Albuquerque. I spent a day with a family, learning to drum with their Grammy award-winning drum circle, while shooting a Star Alliance “Connecting Culture” video series (which later won a couple “Lovie” awards in Europe).

We played volleyball, joked by campfire, looked at autographs from Weird Al and the Scorpions, ate the biggest feast I’ve ever seen, and went to a red rock canyon to practice drums. Most of my bandmates were 20-somethings, wearing baseball caps and jeans. When the song started, we pounded the drums hard and they let go a searing wordless chorus. The sound is familiar. The power is not, not until you see it in person.

Holding the drum, I accidentally wedged my fingers in the straps and quickly pulled them back. “Ah, Smashed Fingers!,” said one new pal. “That’s your Indian name.” Everyone laughed. I was honored. These names are common, and often funny. One kid is called Soup because he fell into some once.

The next day I played drums with them at the pow wow, in front of thousands of people.

It’s still hard to articulate what those two days meant. I know I left understanding America more. And that is what travel is for. 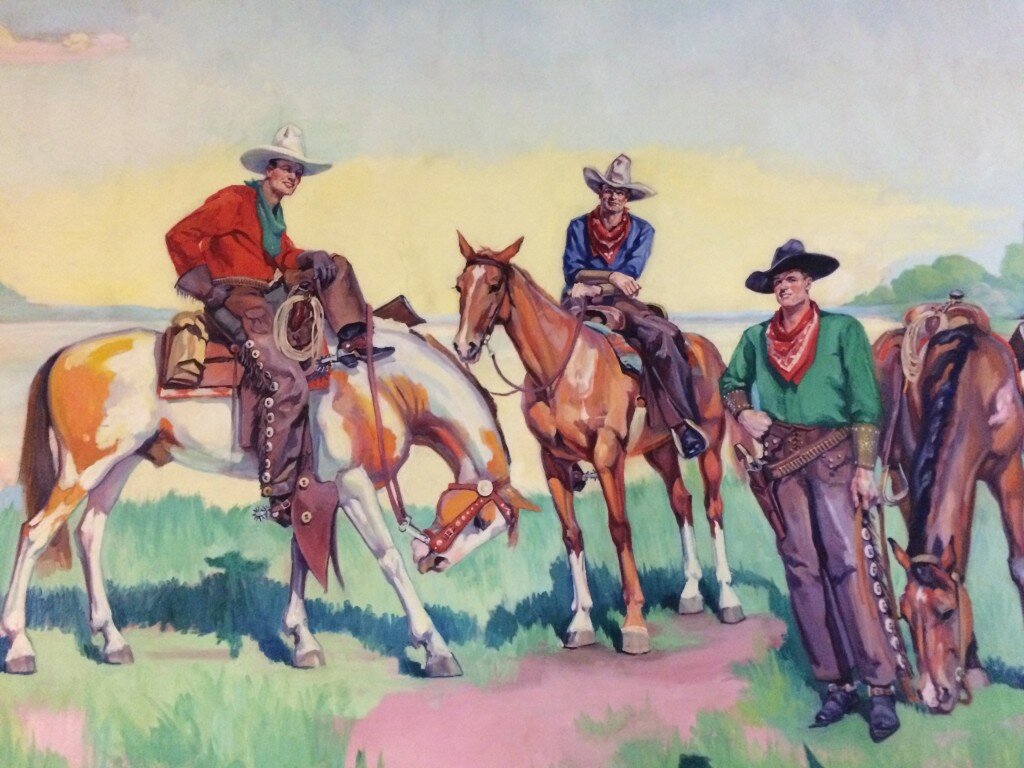 Covering the 150th anniversary of the Chisholm Trail for Texas Highways and Oklahoma Today magazines, I learned the first cowboys were Mexican vaqueros (which is the root word for “buckaroo”). I’m not sure how I didn’t know this before. 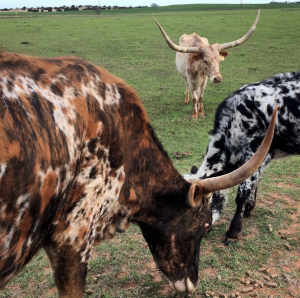 The cowboy legend, for all its faults and inaccuracies, got its American incarnation after the Civil War, when the nation was depleted of food and Texas happened to be home to millions of stray longhorns the Spanish had left behind. The nearest train stop was in Kansas, so cowhands walked them on the fabled Chisholm Trail a few months’ march north.

The whole “cowboy” notion of singing by fires, soothing stampedes, paying tolls to Native Americans, searching for water, and getting knee deep in the hoopla of Abilene saloons – it all came from that trail. But the cowboy came from the vaquero. One Texan rancher even recruited a Mexican village so he could learn the cowboy ways. Today, King Ranch is bigger than Rhode Island.

Not sure they write country songs about that.

4. SOVIETS USED X-RAYS TO LISTEN TO “STAIRWAY TO HEAVEN”

The biggest angsts of most Western punk rockers are mere trifles for your average Soviet rock band. Singing a simple chorus like “I Want Change”in the USSR could get you to jail or worse (one singer was shot and killed on stage.) 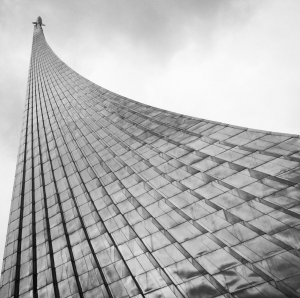 The relatively unexplored world of Soviet rock is a fascinating piece of the samizdat (underground literature) where dissent circulated behind the scenes. As a result, I believe the Soviet band Kino should be considered for the Rock’n’Roll Hall of Fame.

This year, I visited St Petersburg for the first time in 25 years and learned contraband like Led Zeppelin IV had to be pressed onto old x-ray films.

I made the video above about it, as part of my new “Robert’s Record Corner” video series. (Please like my Facebook page, he said shamelessly.) 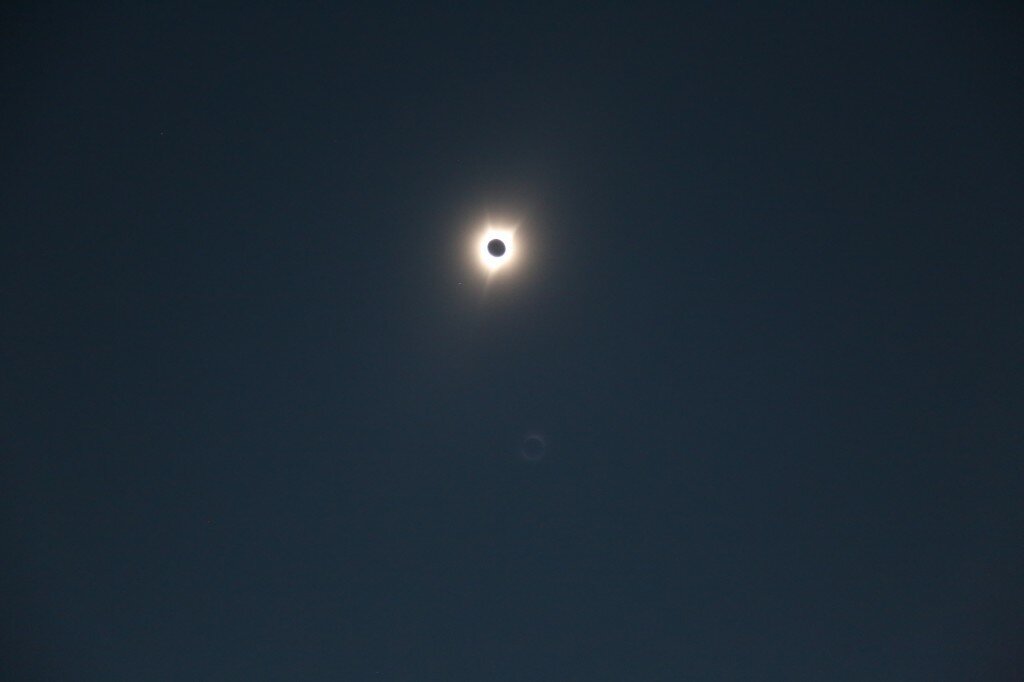 5. THE DAY EVERYONE BELIEVED IN SCIENCE

We live in a time when the head of the EPA hates the EPA and terms like “science-based” and “evidence-based” are banned. Yet, on August 21, the country put aside its political persuasions and believed it when scientists correctly told them EXACTLY WHEN AND WHERE the moon would neatly block the sun for a couple minutes.

(The War on Science resumed on August 22, alas.)

The total eclipse made its American debut in my homestate of Oregon, and I splurged to partake in the Atlas Obscura campout. Excellent event. I learned no partial eclipse compares to the moment when the moon suddenly blocks the sun and a “black eye” looks down at you. You can look straight at it, Trump-style, without concern. It felt timeless. I thought of all the people on this little orb floating through space who’d seen it over the centuries.

And I thought about what a star our moon is. 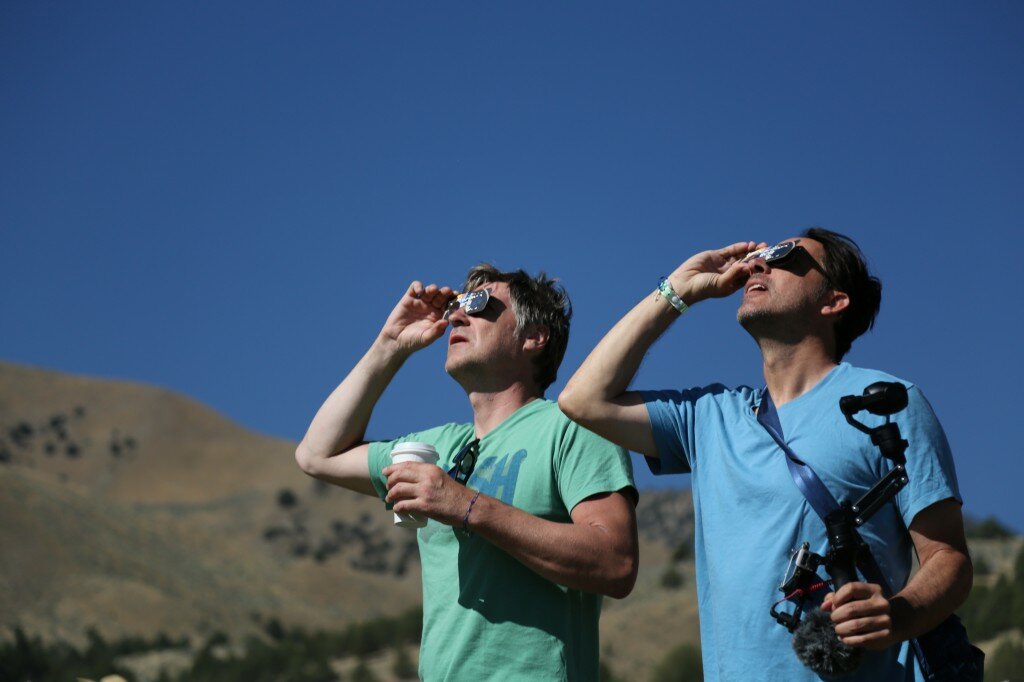 6. LIFE IN THE FAR NORTH IS LIKE LIFE EVERYWHERE 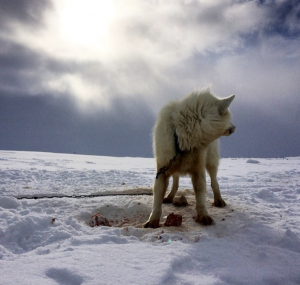 Too often we only hear harrowing reports of abuse, alcoholism and suicide connected with communities in the Arctic and far north. The problems are real. But I learned something else when visiting Puvirnituq in northern Quebec to shoot the video below.

You couldn’t tell where the shore met the frozen Hudson Bay. And I was unsure what was to come. But moments after arriving, a family zipped by on a snowmobile. Seeing us, they slowed and all of them – two kids and a mom – extended their hands for a quick drive-by high five.

Over the next couple days, I went ice-fishing and dog sledding, hung out with a local who was born in an igloo, then made an igloo with him. One night, a local invited us to her home. We ate fresh caribou and watched the Montreal Canadiens get eliminated from the Stanley Cup playoffs, and heard a couple women throat singing. Most of the video crew sadly missed that event, but it was the highlight of my stay.

In the end, life in the cold is like life everwhere. People have fun. People eat. People joke. People yell at sports. People high-five.

7. THERE SHOULD BE A WARNING AGAINST TRAVEL TO THE USA

The US State Department regularly offers travel warnings or advisories against “non-essential travel” to select countries. Many are understandable, some seem heavy-handed. But I must ask, if we apply the same standards to ourselves, wouldn’t the USA deserve a warning too?

The USA is not safe. Mass shootings occur here at an alarming rate. Weapons designed to kill as many people as quickly as possible are used indiscriminately to murder in grade schools, churches, malls, theaters, night clubs, country music concerts. No other country really compares. And the government has done nothing to curb this violence.

The USA doesn’t have free elections. Not when the winner, who lost the public election by three million votes, asks Russia to tamper with the process. And they do.

The USA, with some of the world’s highest incarceration rates, isn’t a great place to be a minority either. In 2017, we saw the white nationalist hate group, the KKK, go mainstream. They arranged public demonstrations for the first time in decades, and – after one killed an innocent bystander – the president called the KKK “fine people.”

For his part, the president has profanely bragged about groping women. He’s also called Latin Americans “rapists,” said Haitians all had AIDS, described Africans as “living in huts,” tried to ban Muslims from visiting. Journalists, to him, are the “enemy of the people.”

A reel of such “highlights” would horrify any American, that is if they were collected anywhere else.

This year, I suggested a travel boycott for foreign travelers on Twitter, and a rep from US tourism got mad. They defended the USA because of how appealing its destinations are. Are there any destinations that lack any appeal?

Appeal is hardly the point anyway. The point is that if we apply our own standards to ourselves – and survey the gun violence, the unstable setting for minorities, the lack of free elections – there clearly should be a warning against any “non-essential travel” to the USA.

At least until it changes. 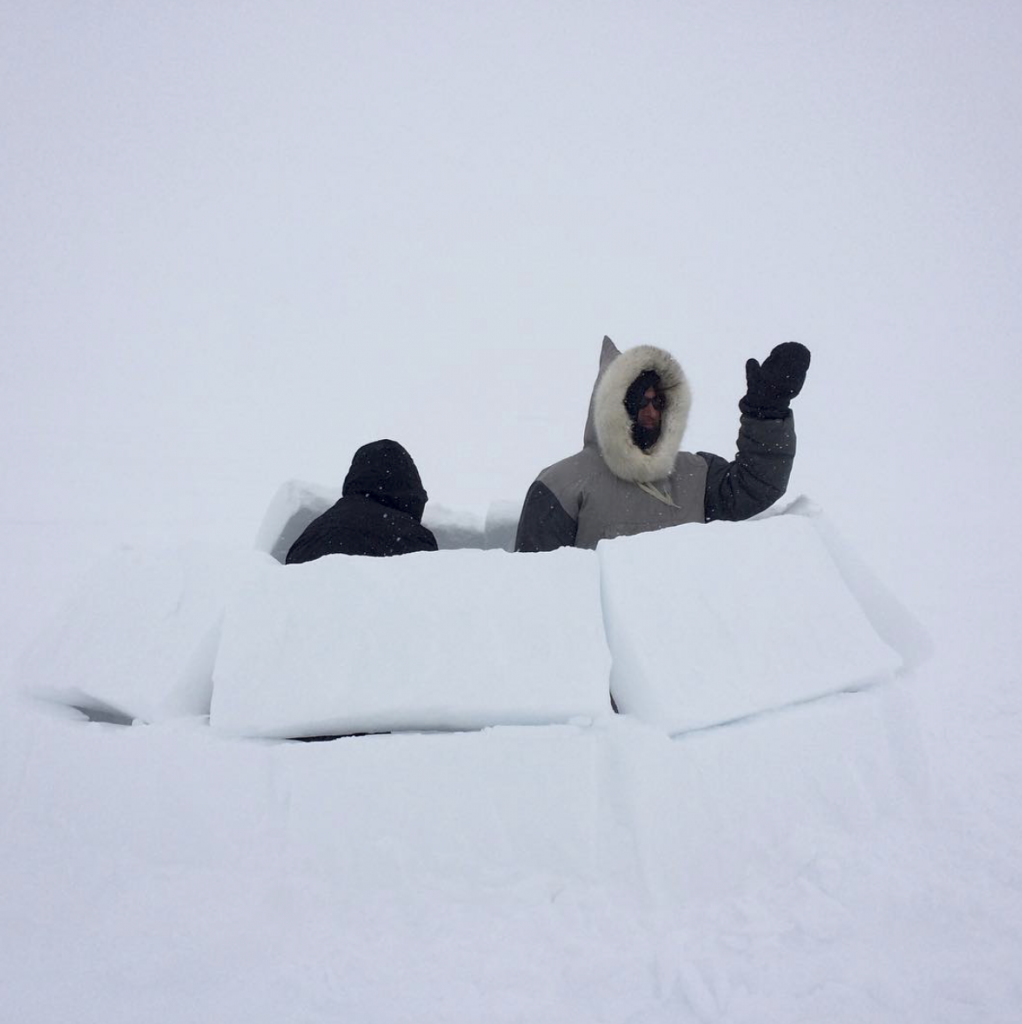