Abe & me: The (ongoing) Lincoln roadtrip 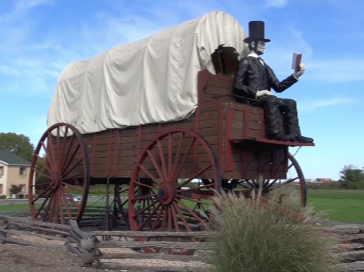 Do we really need to visit a place just because something big, tragic, important happened there long ago? If we’re really being honest, I bet we often don’t know what to make of an in-person appearance at many historical sites. Just give it a nod, a stare, a photo, and a silent departure. Noisy traffic or faceless office building overlooking a stone marker in a field can ruin a mood too. Couldn’t we be equally as moved watching reading a book back home?

Well, not really. I have to go, though I’m not always sure why.

When I heard Dan Day-Lewis was playing Lincoln in a Spielberg film, I bought several Lincoln books in quick succession. I flew though Doris Kearn Goodwin’s ‘A Team of Rivals,’ Stephen B Oates’ ‘With Malice Toward None,’ even Jan Morris’ curious travelogue ‘Lincoln’ in which she compares president 16 to pre-packaged jelly. Then changes her mind. 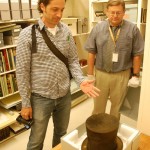 Then I hit the road.

I (re)visited several Abe destinations: Ford’s Theater and the Lincoln Memorial in DC, the Gettysburg battlefield, the site of his first home in Illinois, and the house he and Mary Todd bought in Springfield. The result is the video below, and this Lonely Planet article.

The video focuses on one spot that meant more to me than most: the original gravesite of Abe’s first love, Anne Rutledge (who now has an Amtrak line named after her). No signs point there. I had to weave along one-lane roads, park amidst soy beans, and hike on blind faith over a crest of corn to a 200-year-old cemetery where Abe, like an American Heathcliff, would go to mourn Anne after she died young. It was wonderful.

My favorite Lincoln destination though was a half-hour east of Springfield, a weathered little park called the Lincoln Homestead Trail State Memorial. A route of confusing this way/that way roads led to the isolated spot on the Sangamon River, where Lincoln’s dad first moved the family from Indiana. There’s a stone marker and some sad-looking picnic tables. A breeze’s rustle goes through the leaves, a bug buzzes in your ears. It feels timeless. And you can stand, usually in solitude, on a bend of the muddy water, up on the high banks lined with trees, and see where Abe left home for good by canoe in 1830, bound for an uncertain destination to the west. Just to see what he could make of himself.

Yeah, I felt something there a book couldn’t have told me.

I marched as a Union private in a Gettysburg reenactor during the 150th anniversary of Lincoln’s Gettysburg Address. Here’s my story for Gadling.

Later I pondered if an “Abe bump” might help my video series The Right Pants.

One Response to Abe & me: The (ongoing) Lincoln roadtrip