Manhattan has always been top-heavy, museum-wise. To see one, at least the big guys, you got to go uptown. The Whitney Museum of American Art – in a bizarre cubed building on an unsuspecting street of the Upper East Side – always felt out of place to me.

Unless you were very serious about art, you probably skipped it. Have you been?

Opening May 1, its new location will likely change that. Set at the south end of the High Line in the Meatpacking District, the Whitney will open as the biggest, most important museum south of 42nd Street. 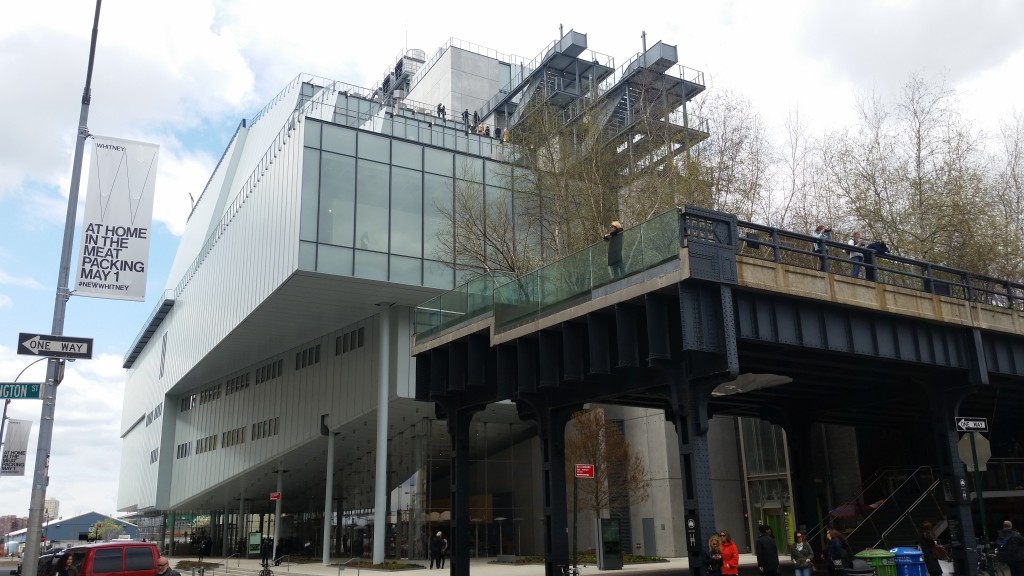 Walking by with a roller suitcase yesterday, I noticed a media preview was underway. I asked to visit, and surprisingly, was given a badge for entry. On the eighth floor, I watched people dressed like art critics – tighter pants than travel writers, less Patagonia too – slowly passing by artworks (paintings mostly) hung on blank white walls.

This made me wonder, how does one design a 21st-century museum anyway?

Of late, museums are trying to out-modern, out-futurize and out-conceptualize each other as they try to make a bigger mark of relevancy. Some newer ones are tackling concepts or ideas, such as the new Canadian Museum of Human Rights in Winnipeg, or DC’s Newseum.

Last year, I visited Hobart’s creative Museum of Old and New Art. You reach it by boat. You enter past a tennis court and go underground, in what looks like an Egyptian crypt. No labels are on any work. Instead visitors use iPod devices and hear about works they choose to. While passing the creepy paintings by Henry Darger that depict nude girls being massacred by cowboys, I clicked on a nine-minute hardcore punk song by the Toronto band F*cked Up inspired by the works, “Vivian Girls.” It was surprisingly effective.

By comparison, the Whitney layout plan felt – and, admittedly, I’m no museum expert – more traditional. A bit like “stuff on walls to look at.” But it was good stuff. And I don’t know what they have planned for the future.

Plus all the glass walls and outside decks have great looks over the Hudson, city skyline and High Line below.

I liked it. You should go.

Here’s a few more photos from what you can expect to find: 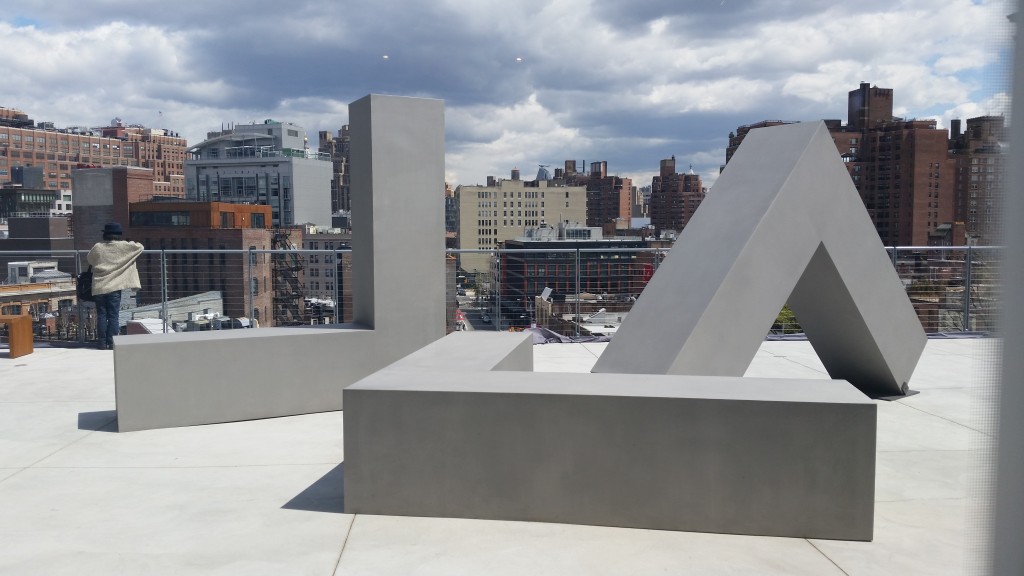 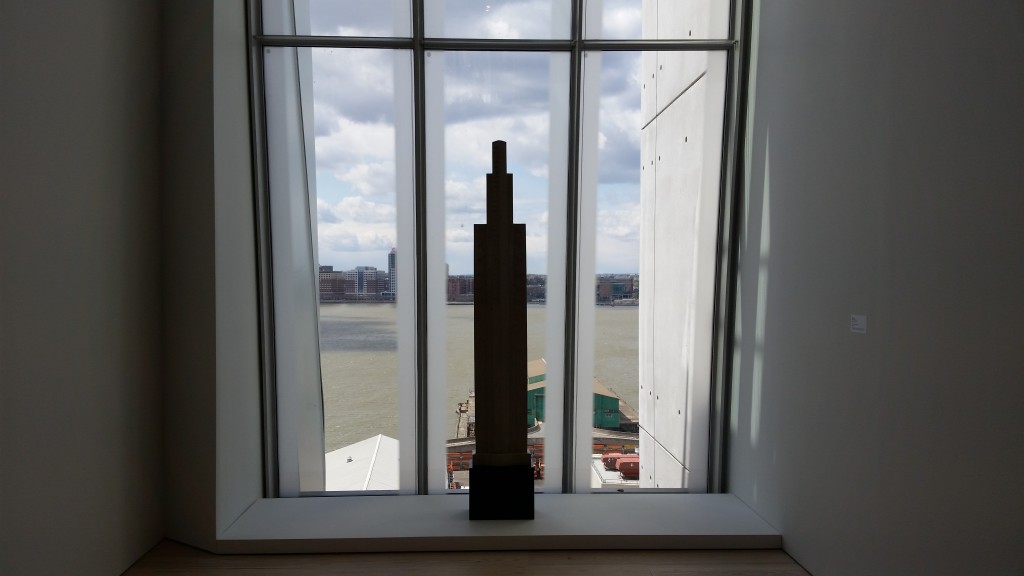 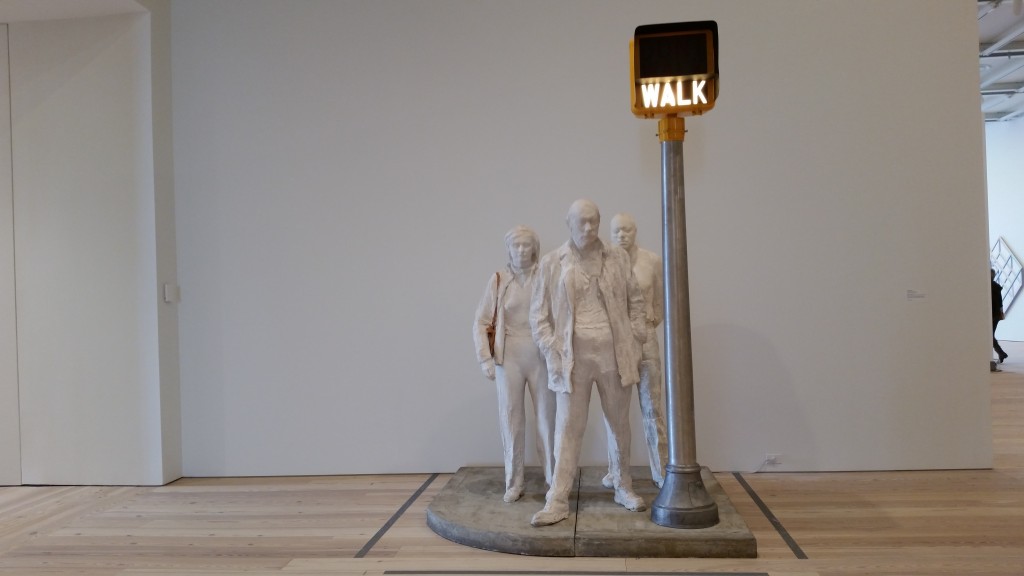 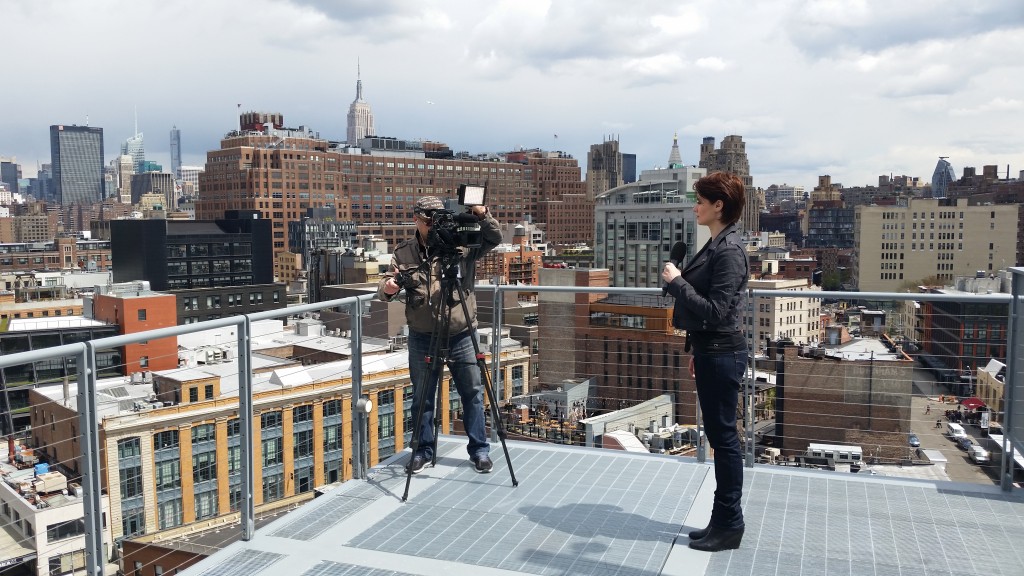