Six things I would do with a travel magazine

I always liked to make things. As a kid, I created a comic series about unstoppable football players, transformed empty refrigerator boxes into a backyard world’s fair, and later cut-and-pasted hand-drawn concert programs for an indie rock band I played in.

I also dreamed about making and running a travel magazine (or zine), but never did. So, even as the travel publishing world scrambles for its survival, I thought I’d share six of the first things I’d do with one.

1. First rule of “travel magazine,” it’s not a magazine.

I’d prefer looking at it like the Daily Show looks at news. And treat the editors as “producers,” ones responsible for overseeing how their story/project fills the array of “buckets” before them. That includes the print magazine of course, but also how their story plays online, in email, in social media, in press releases. Working with relevant staff, the producer would ensure these buckets align to make the biggest impact: namely, get people to see their story, talk about it, share it.

I say this first because nearly all magazines still church-and-state their print, digital and social media teams. To lesser effect.

Plus, most of the money’s made online anyway.

I think much of the “travel” industry self-censors what it deems “travel” to be, needlessly confining it. Maybe we need a new word or formula. Like “curiosity plus place”?

Either way, I’d want to build a “travel magazine” as a “daily landing pad for worldwide curiosity” instead. The overriding goal for it all – publishing articles, sharing photos, talking about thread count or food trucks  – would simply be to promote world curiosity. 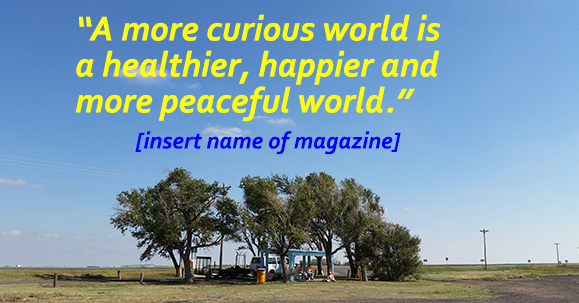 Content for planning trips is not enough. People plan trips only a couple times a year, if that. Yet every day they fill free time looking on their phone for gossip (Bieber arrests) and weird stuff (funny frog photos, listicles of fed-up renaissance babies).

I want them to think that “travel” is meaningful to them even when they’re not traveling. In addition to travel essays, suggested itineraries and inspirational photos, what can you do?

I don’t know about gossip, but travel sure knows about weird stuff. (I once got onto the Today Show to talk about how Azerbaijanis drink differently than we do.) That’s something to build on. Though perhaps not like this: 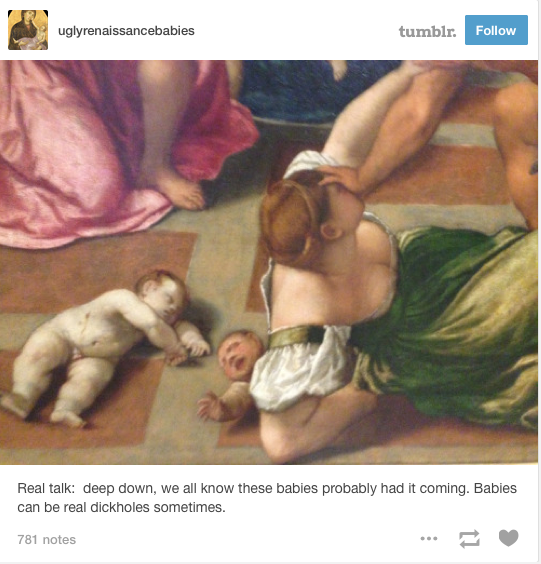 We whine about its fees, but the airline industry only started to make any profit after it started charging for things like checked baggage and ham sandwiches. Travel publishing, meanwhile, is worse off these days. And yet most (American) travel magazines or newspaper sections hold onto a dated idea that all travel reporting must be done independently, without even a rental car or a cup of coffee thrown in.

That’d be fine if they could pay authors well enough, but they can’t. (Click image, right.)

(Or if readers cared about freebies, because ultimately they don’t.)

How research trips get paid for has to change.

I’d approach it like this: pick your own stories to write about first, then contact destinations and ask for help, and be transparent about this process with everyone. Like this: 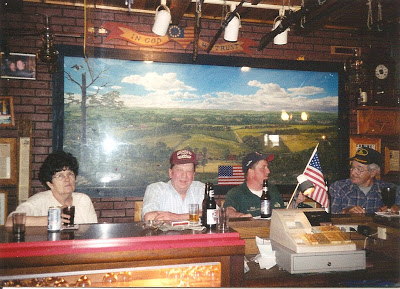 “Hey, Iowa. You’re awesome. We want to write about hikes in the Loess Hills. Can you help us make it happen? With a flight, a car, a hotel for our writer? Once there, just let them be. Don’t worry. We’re really good at this. We know what we’re doing.”

Doing this helps save money, but more importantly saves “travel experts.” You know, the sort of people magazines or newspapers want to publish (but who cannot afford their careers)?

It can happen if the biggie travel pubs choose to go that way. 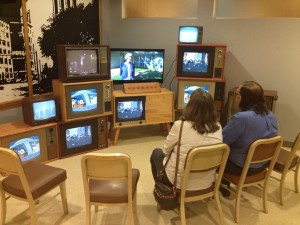 Everyone seems to be championing how to move from 12 articles a week to 120 in the hope of flooding Google and getting more traffic. I get it. But there’s a problem. Quality suffers, and people are becoming overwhelmed by option.

It’s like when we go into a Thai restaurant and face 94 dishes on a menu. Or when a travel magazine sends us an email newsletter anchored by user-generated-content, such as a post by a contributing blogger (whom they don’t pay) that offers unmeaningful or overly familiar advice on something like “how to travel like a local.”

We need experts who know more than we do – say, a Thai chef – to “curate” the best for us. Simplify! Like that scene in All the President’s Men where a table-full of chain-smoking editors (all white men, yes) sit around and debate what handful of stories go on the front page. Which ones they – experts, leaders of news that day – think are most important for us to know about.

Being a travel leader means not letting user-generated content (UGC) lead you. It’s probably more than 12 stories a week, but less than 120. The UGC model might make some money now, but people will catch on eventually. Why wait?

The first thing I’d do with a “magazine” is find out what month’s online traffic/print issue does the worst, then play with it the most. I mean “play” by building the biggest possible storyline for that stage. Go deep. Pushing what “travel” can be. Not another “family roadtrip ideas” roundup, but broader gestures involving experimentation, community discussion, and – yes – stories that actually want to do some right things, promote positive changes. Then document it all (planning, debates, events), like some reality TV show.

This could manifest in something like a hand-drawn, 35mm analog month as a platform to discuss broad social concerns over digital/connectivity fatigue.

Ever notice how ESPN is the only dependable outlet to discuss racial issues on any regular basis? I’m thankful. And good for them, but shame on the rest of us. Particularly the “travel us.”

If there’s one thing we learn from extended travel is that when we’re away from home we tend to have more conversations about “difference” than we do at home. And we repeatedly learn – over there – that people of different beliefs, languages, customs, diets and outfits actually like each other, and can understand each other.

So, yeah, I’d like to bring it home. I’d like to see something like “Race in America” on a “travel magazine” cover, and as a monthly theme online. Not “Selma at 50,” but “Race in America.” It’s not just about destinations this month. It’s taking what we learn from travel and developing our own outlet to do something about problems in a way others can follow.

Honestly, I’m not sure exactly how to do that yet. I’d ask community groups, university programs, DC NGOs to chip in. That might mean getting minority writers of different backgrounds to swap neighborhoods and report on their experiences, or finding a destination willing to host a “fam trip” for people who’ve never had a chance to travel (I love this idea), and recording these sorts of conversations of “difference” in the hope of making some difference.

I think “travel” can help with stuff like this, here at home. At the very least “travel” should try.

6. And those subscription insert cards that fall on your toe when you open a magazine you already subscribe to? They got to go.

That’s six things I’d do, of about 101 I have in mind (see, I tried to curate them down). Things like going public with those fiery in-house debates about cover photos, or anointing an animal as “travel animal of the month,” or making it a rule there’d be at least one factoid or feature on Oklahoma every other month.