Top 7 unimportant, yet interesting, things about JFK’s shooting that no one tells you

I recently went to Dallas. (There, I said it.) And I spent a day and a half seeing some JFK-related sites I’d never seen in 20-some visits there in my life. The Sixth Floor Museum, at the site of the infamous Book Depository, is one of the all-time most moving and fascinating museums I’ve been to, and Oswald’s last home, or one of them, at the Ruth Paine house in Irving just opened to the public.

And I learned a few fascinating, non-conspiracy-related things about the events surrounding November 22, 1963 that I bet you didn’t know.

1. I bet neither Hertz or Chevrolet are too proud of their product placement in Dallas. Huge billboards for both stood atop the Book Depository on November 22, 1963. Still there when the photo above was taken in 1964; this one was taken the day of the assassination. Curiously Hertz kept it there until at least 1969! 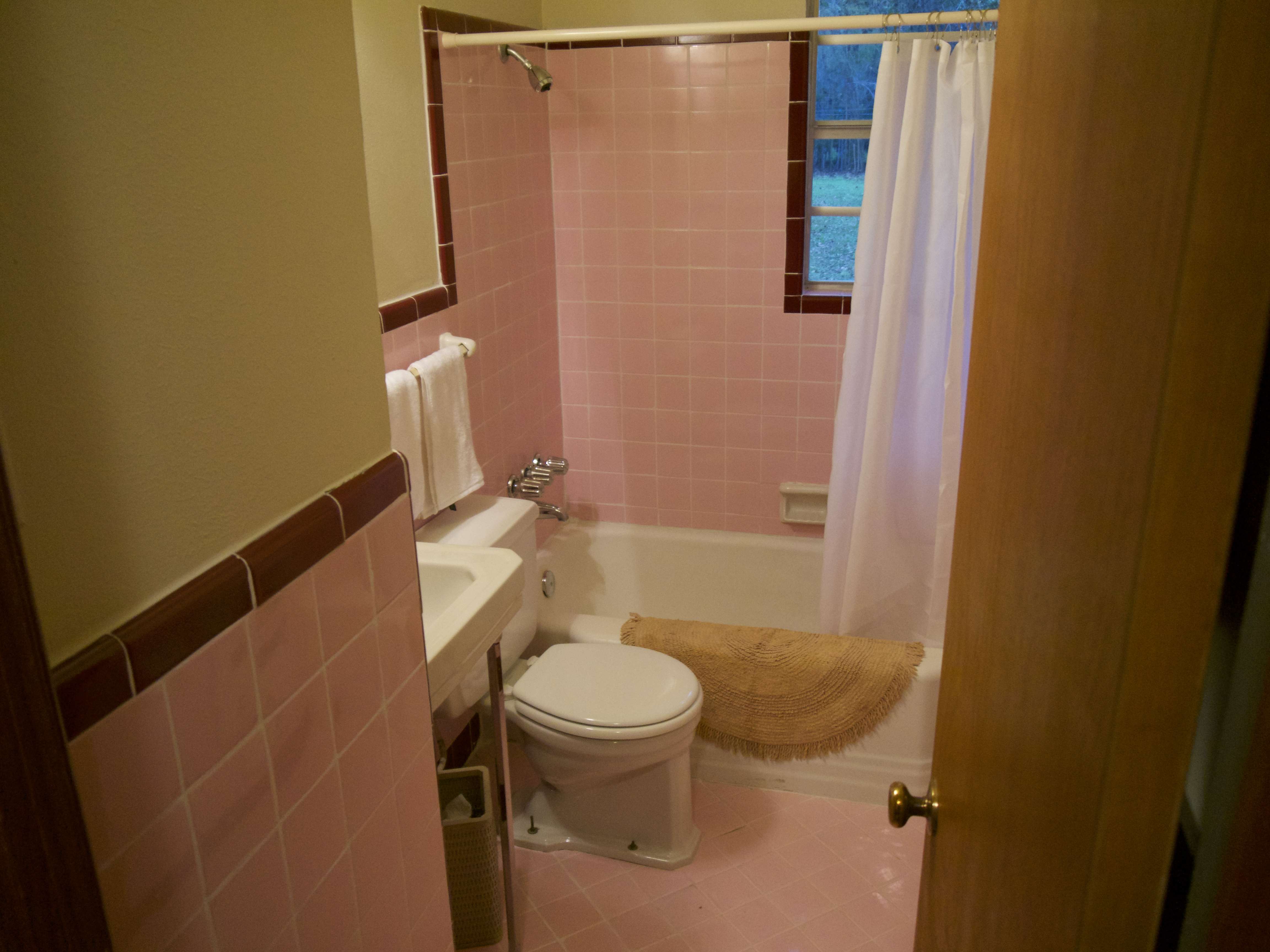 2. Lee Harvey Oswald bathed and pottied in pink. A couple years ago, David Farley tracked down Oswald’s toilet in Minsk. Now you can complete a Global Oswald Lavatory Tour in Irving. Two weeks ago the “Ruth Paine House” opened for tours in Irving. Oswald lived here with his wife Marina and daughter on weekends only, and he was there a day before the shooting.  Only a few details are original — the wood paneling in the kitchen, the speaker in the living room, AND those refreshing pink tiles.

3. On Elm St in downtown Dallas, an “X” marks the spot of two of the bullets Lee Harvey Oswald apparently fired at and hit the president. Right on the street. Tourists regularly brave traffic — and traffic can be intense there — to stand on it for a spell. That’s sort of macabre, isn’t it?

4. Original wire report following JFK’s assassination is fascinating. If you see it in full (there’s one at the Sixth Floor Museum), it starts with a weather report and something about a local sheriff before breaking into “GET OFF NXR.” I love this sort of stuff. I hope that pesky “NXR” stayed off after that.

5. The New York Times lashed out at Dallas for its “spiral of hate.” Probably not its best moment, regardless of how careless the Oswald transfer may have been. The editorial writes that Dallas is “not too many decades removed from the vigilante tradition of the old frontier.” I get it, but it feels sort of hateful to me. (They didn’t give Buffalo the same rub in 1901, though a crowd was “ready to lynch” President William McKinley’s assassin.)

6. Forget Jackie’s pink dress, it was Jim Leavelle who wore one of the greatest outfits of the 20th century. The homicide detective leading Lee Harvey Oswald to his fatal shooting, but it was hard to notice a Jack Ruby or keeled-over Oswald. That hat! That Resistol hat, which he bought in Garland, Texas. You can see the original full get-up from that day at Dallas’ Sixth Floor Museum. He’s still wearing them apparently.

7. You know there’s a JFK cult, right? I met an unofficial member at an early tour of the Ruth Paine house shortly after it opened. He’s a Chicago guy who regularly comes to Dallas for assassination-related events. He cracked obscure “curtain rod” jokes — refers to what Oswald more or may not have carried the day before the shooting — then cheerfully confessed when no one laughed, “yeah, I don’t have a life.” He didn’t have a camera at the museum, and breathlessly begged me to send him one of him there (which I did). “You have saved my life.” I credit the pink tiles.

2 Responses to Top 7 unimportant, yet interesting, things about JFK’s shooting that no one tells you