Review: June in Travel (So Far) 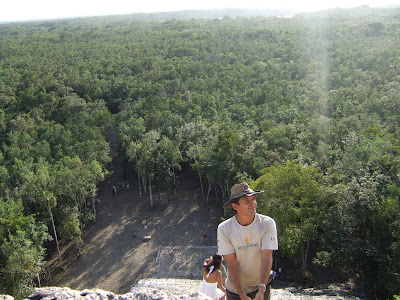 Mexico Rebound! Arrivals to Mexican destinations like Acapulco and Tijuana rebounded from 60% down on 2008’s numbers to about 25% down in recent weeks. Airlines restored cancelled flights – on June 4, Delta put 10 of 11 cut routes back into their lineup – and new routes are coming. Mexican budget airline Volaris, for one, will make its international debut, connecting New Orleans with Mexico City and Toluca in July.

Mexico Safer than the US? The US has doubled Mexico in swine flu cases, and by mid June saw four times the number of new cases as Mexico. Some destinations, like Cabo San Lucas, Cozumel and Puerto Vallarta have zero reported cases in Mexico.

Cartoon Travelogues. Everyone likes a good picture in their books, now animation is starting to travel. Emmanuel Guibert’s fascinating new book The Photographer meshes old photos with new illustrations to show war-torn Afghanistan during the Soviet war. And from late last year, Guy Delisle’s The Burma Chronicles follow a father’s trip in Myanmar. I used to create the tales of Big Happy and Oscar the Whippernsapper in my series of ‘Insain Comix,’ scribbled in notebook paper booklets at Tulsa’s Stevenson Elementary School. Now, I’m seriously thinking of creating the first cartoon guidebook. To…

The Next Big Getaway: Toledo, Ohio? Yes, Toledo. Not long ago, Jet America announced select $9 flights. That’s great, Jay Leno joked on his penultimate monologue as NBC’s Talk Show host, ‘but you have to go to Toledo.’ Actually it’s one of the select eastern destinations – others include Orland, Newark and Minneapolis – but Toledo deserves a look, Mr Leno. First you can follow the footsteps of Jamie Farr, who played Klinger on MASH, wore a ‘Mud Hens’ hat and sung the praise of Tony Packo’s food – you can see a Hens game in one of the country’s best ballparks and have Packo’s Hungarian hot dogs. A recently built Glass Pavilion at the Toledo Museum of Art is one of a string of secondary-town architectural efforts to bring in tourism. For one day, drive 60 miles east to ferry to Put-in-Bay, home to great kayaking in Lake Erie. Then there’s always the party bus. Sounds great to me.

Dream trip of the month: Me? I’d go big, get a rail pass and fjord-hop my way to the Arctic in Norway’s north then come back down through Sweden. The Swedish krona and Norwegian kroner are nearly 25% down on the dollar from last year.

2 Responses to Review: June in Travel (So Far)