Imagine turning 21 as the Berlin Wall comes down. I did. It was the year I first visited Europe. I went with a goatee. Laugh if you want. But no baseball players or Republicans had goatees back then.

We were the first-generation MTV kids. We’d come a long way. We saw the World Premier Video for “Thriller” in real time. We were the ones who didn’t play Sun City. True, we briefly celebrated Sammy Hagar for not driving 55mph, at first, but soon mocked him for it. Eventually we turned against our MTV too. Or at least the 10,080 minutes of the week that weren’t “120 Minutes” devoted to “alternative rock” every Sunday night.

Then Nirvana came. And pop metal died in a day, even as metal bands rebranded themselves in flannel shirts and unteased hair. You know, “real.”

Finally! The ‘90s were poised to be the best decade ever!

Seriously, look at that cover. Try to span time and imagine how heartbreaking that was to us, finally getting over glam metal. With the hopes of a new decade, and we get an album cover of metal fans replicating an IWO JIMA salute?

How different is it really from Rod Stewart, Bryan Adams and Sting fist-pumping “All for One, One for All” for the Three Musketeers soundtrack?

As you can see, I’m very angry about this. Timing is important. And 22 seconds after Nirvana broke punk through the mainstream, we get Pearl Jam? The songs were serious and unfun. And oddly long. (Their first single features a two-minute guitar solo INSPIRED BY THE KISS GUITARIST!!) And it’s all basically packaged as a flashback to WHAT WE JUST LEFT BEHIND.

Quick, tell me something. Which of the following is the new leader of alternative rock? Or the Bon Jovi guy that echoes “wan-ted” in a song that genuinely cries “I’ve seen a million faces, and I’ve rocked them all?” And later married Cher?

You have no idea. And that’s my point. NO ONE KNOWS.

Pearl Jam, you can go to the Rock’n’Roll Hall of Fame if you want. But first, we ask for an apology.

PEARL JAM
Pearl Jam, a 2017 inductee to the Rock’n’Roll Hall of Fame, was critically ill-equipped to lead the post-Cobain world of indie ethics into the ‘90s musical landscape. Personally they all seem nice, though. 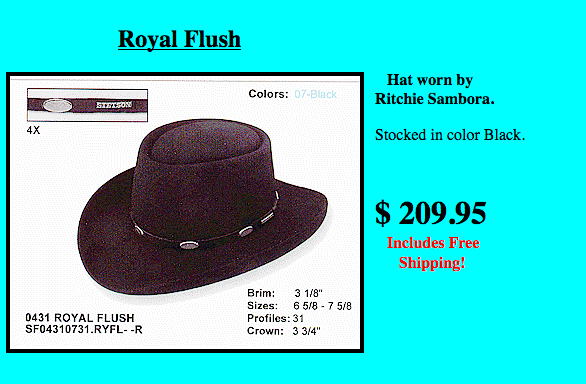 Nothing irritated the alternative music fan of the mid to late ‘80s more than Richie Sambora’s hat. The guitarist of Bon Jovi fancied himself as a Keith Richards to Jon Bon Jovi’s Mick Jagger. He didn’t realize he was in a Doors band. From Jersey.

His hat is called, apparently earnestly, the Royal Flush or Gambler. It costs $209.95. I found this link with an online forum devoted to Richie Sambora. 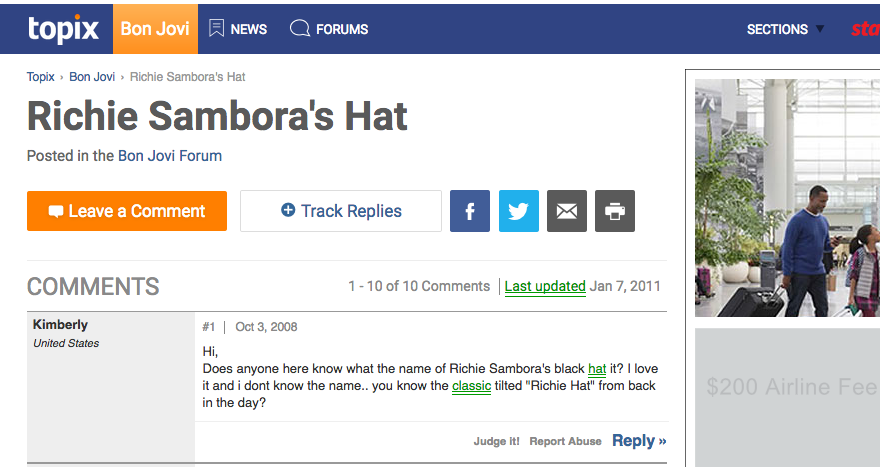 One person confessed this on a 2008 night:

A) Richie Sambora; B) The Pearl Jam guy