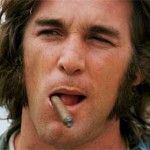 Every now and then I tweet out a puzzle: who IS the greatest American rock’n’roll band ever? The English have their Stones, Zeppelin, Who, Clash, Beatles. Canada has Rush, Australia has AC/DC, Ireland has U2. And Switzerland has their Krokus. The best of American rock’n’roll tend to be people: Chuck Berry obviously, and also Bob Dylan. But a band?

I go with the Beach Boys. Many associate the band solely with what they did before 1966, or “Kokomo.” But that space between the Cocktail soundtrack and 1966 or so when  songwriter/producer/singer Brian Wilson’s spun into a “rock in a landslide” descent is far more rewarding than one might think.

Excluding bits of the SMiLE sessions that never fully materialized, here are 17 other post–Pet Sounds places for push your cork in an ocean towards.

After Brian, Dennis Wilson is the heart of the band. Unlike Brian or Carl or even Mike Love, his vocals strain. But he’s the only one to have actual beach-boy skills and pretty much the only one but Brian who could actually write songs. Brian was a no-show on this 1970 album Sunflower, but it starts with its best moment, as Dennis finds renewed use for all those layered harmonies with his upbeat chorus (“my life is growing like a big ol’ tree”) as a rebit percussion keeps time.

This is sort of the sweetest failure of all time. It takes a farty synth and Dennis to concede defeat in the ways de amour with lyrics like “I bet he’s sweet, I bet he’s neat” and not being sarcastic. At all.

Brian made a cameo on the Sunflower album with this moody song about wave after wave of depression. There is probably no more moving part to any Beach Boys song than when Brian ducks from under the harmonies and plainly sings “it kills my soul.” Apparently Mike Love — ever the goon — was very down on the song a year earlier, so Brian delayed recording it.

Dennis Wilson’s 1977 solo album was out of print entirely from 1991 to 2008, but it’s the best Beach Boys-related album since Pet Sounds, and you probably need to go ahead and get it. This title-track song addresses “mother seal.” But give it a chance.

Just in case you didn’t give “Pacific Ocean Blue” a chance, here’s another song from Dennis’ 1977 solo album.

Brian is telling you, in full detail, what he’s up to one seemingly average day. The song, from a rare fully rewarding album (1968’s Friends) always felt like some throwaway Ween song from the mid ’90s to me. Either way, it’s worth quoting the stirring conclusion to the narrative, minus the bossa nova beat:

“And lately I’ve been thinking of a good friend I’d like to see more of. Yeah, I think I’ll make a call.

I wrote a number down but I lost it, so I searched through my pocket book, I couldn’t find it, so I sat and concentrated on the number and slowly it came to me, so I dialed it and I let it ring a few times, there was no answer.

So I let it ring a little more, still no answer, so I hung up the telephone, got some paper and sharpened up a pencil and wrote a letter to my friend”

And the song ends.

Please read this. In 1972, the Beach Boys had enough of California. So boarded up a plane with so much recording equipment it couldn’t take off — but eventually it did. They went to Holland. (Because of the weed.) And recorded an album in Holland called Holland. And, you’ll love this, it’s essentially about California, evident in the trilogy of songs called “California Saga.”

“Funky Pretty” is a good song off that album.

“Steamboat” is another good song off the Holland album. That guitar solo, in particular, is wonderful.

This 1968 song is after Brian stopped trying so hard in the studio. They made a disco version of it later on. I strongly urge you to listen to full 11-minute version. It is a gift. From the Beach Boys. To you.

Dennis sneaks in some of the unreleased SMiLE bits and comes out with a LOT in 117 seconds. Banjos, layered backups, lyrics about trout and missing birds. Everyone wins.

The studio version on the Wild Honey album from 1967 is probably the version to hear, but there’s something about this frenetic, let-love-rule live version sung by part-timer Blondie Chaplin that you need to know exists.

Carl didn’t sing lead much. Probably his most famous song is “Kokomo.” But this one (which he co-wrote) from 1971 is better, particularly for the lyric “pretty things like incense and flowers” and the cello that comes between the breaks.

In 1972, Carl — again, as a post-Brian leader who didn’t write many songs — added Blondie Chaplin on guitar/vocals to R&B up the sound. The first result was Carl and the Passions — “So Tough“, which has a few moments like this tucked away on the second side.

For something weird, watch this seven-minute live version that is essentially six minutes of sax solo.

Pete Buck always was a liar. Every time R.E.M. recorded in the studio, he’d promise things like “there’s no guitars on this one” — then it’d appear, with Buck jangling his way through as always. In the liner notes for the reissue of 1978’s Beach Boys Love You, Buck says this is his favorite album. Look, it’s good. It’s the band’s last good one, and it marked Brian fully back in the fold, writing and singing, on lightly produced songs heavy with chunky, gurgling synths. But Buck is lying. It’s not his favorite. We all know that.

Anyway, this song’s sung by Dennis, and, yes, you heard right: he ends it singing “pat, pat, pat pat pat her on her butt, butt – she’s gone to sleep – be quiet.”

15. HONKIN’ DOWN THE HIGHWAY

Another ridiculous song from Beach Boys Love You that probably should have been on more roadtrip mix-tapes.

This song, at 70 seconds, is sort of a pamphlet about transcendental meditation that Brian wrote for Al Jardine to sing. The album, 1976’s 15 Big Ones, is very bad. But it was the first time Brian had produced an album since Pet Sounds, so people were sort of excited for a minute.

Brian’s voice, grown husky, duos with Mike Love — and some seriously fuzzy synths. I think all Beach Boys albums should end with this.