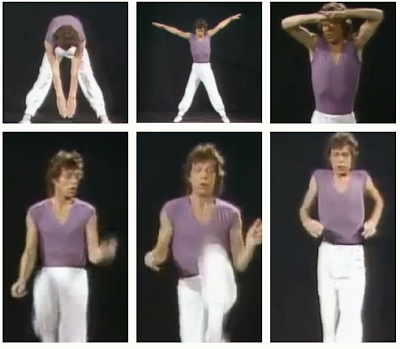 So the Rolling Stones are 50 years old, some of them have been remarkably great years, though most mediocre. Still they are the greatest rock’n’roll band in the world for all time, for creating that bag-o-bones sound that stutters to keep standing then gels into something so obvious and simple yet beyond what any other band could possibly do.

The Stones changed my life ever since I became a fan at exactly the wrong time, just after they released their last good album: 1981’s Tattoo You. So I spent most of the years since, probing the past. Buying everything, studying the sounds, and learning when acoustics and slide guitars and harmonicas turned to falsettos and electric pianos and wah-wahs (and songs that sounded so much like kd lang they gave her a co-writing credit!).

So I’m making a list of their Top 50 songs. This is my list. Stuff I think is best, most important, most ridiculous, most Stones. Happy birthday Rolling Stones. May your next few years be better than your past 30.

1. “SHATTERED” (1978) No one else in the world could have made this song. When the Stones played this on Saturday Night Live in 1978, wafer-thin Mick Jagger was actually kind of scary. Coked-up, face gnarled grotesquely and $150 t-shirt ripped open, Mick spoke-rap-yelled his way through what may be the most original pop song ever recorded. The breathless studio version is better, of course. It’s built off a couple repetitive notes, and anchored with a throwback doo-woppy “ah, shadoobay” – delivered blissfully in monotone. Mick, eyeing punk angst, delivers great passages in this New York City anthem  (“people dress in plastic bags… some kind of fashion”). There’s that unexpected musical break at 1:24 with hand-claps, steel guitars, extra tom-toms. Reggae guitar pickings come in subtly at 2:25. Other than Keith’s rare use of effects on the chugging guitar base, the rest feels EQ-free, just the energy of the room plugged straight into the board and occasionally popping into the red (eg Mick’s “sex and sex and sex and sex!” line). For your next listen, give full focus to Charlie Watts’ inspired drumming. Particularly the song’s final 30 seconds, beginning with a sudden snare fill, a piercing open-high-hat crash on the unexpected “three-and” beat, then huddled toms fills with more high-hat crashes, and finally ending it – and the great album Some Girls – on a ringing crash.

2. “JUMPIN’ JACK FLASH” (1968) In May 1968, the Rolling Stones decided to stop trying to follow the Beatles, and finally left them behind (perhaps because of this goofy video). This song, wow, is built around, more or less, a remade “Satisfaction” riff, but comes off nothing like it. It marks the true birth of the “Rolling Stones” Rolling Stones, nearly six years into their career. They’ve played it live more than any other song, but all live versions pale to the gutsy studio original, a pure sonic treasure that never appeared on a studio album. Guitars sound like ringing electrics, but are just acoustics Keith Richards records via an overloaded tape player. Best is the debut of the Stones’ patented layered outro, where a progression is built to finish the last minute of a song (see “Tumbling Dice,” “Ain’t Too Proud to Beg,” many others). Here, listen as the low “jumping jack flash, it’s a gas…” chant begins at 2:45, following the meaty bass-line hook and open chords; then – and this is beautiful – that doubled harmonica holding a sustained note seven seconds later, continuing as high guitar pickings come in, then make room for a duel with the organ. Obladi, obladon’t.

3. “GIMME SHELTER” (1969) Forget devils and midnight ramblers, “Gimme Shelter” will always be the Stones’ most terrifying song. An ode of dread cast over the ‘60s sun, released in that decade’s final weeks, starts spooky with Keith’s doubled guitar, one dragging slightly behind the other. But it’s the duet with Merry Clayton, a gospel singer born on Christmas who recorded the original version of “The Shoop Shoop Song (It’s in His Kiss)” in 1963, that gives such an apocalyptic feel. Unknown to many today, Clayton has had a few other big moments, including singing backups on Skynyrd’s “Sweet Home Alabama.” She recorded a dynamic version of “Shelter” for herself a year later, surprising as the Stones version was so grueling for her that she apparently suffered a miscarriage shortly after the recording.

4. “TUMBLING DICE” (1972) When a millennial asks you for the quick gist of what the Rolling Stones are, put this one on. It’s not the flashiest, or biggest, or most meaningful. But it sure is Stonesy: a horn-filled single with quick rhymes of gambling metaphors and a lovely chorus of backing vocalists. At 2:25 in, focus on Keith’s outro guitar (beginning to right, then doubled on left). He plays a 10-note riff broken into three parts: a bright two-beat beacon, followed by a subtler two-fer lift-off, and the dragged triplet heading left down the neck, and done twice. Quintessential Keith, quintessential Stones. Then the band gradually rises around it: with big saxes, bass drums then toms, backing vocal chorus, Mick riffing on vox, a third chorus layer (Keith-led) of “you got to roll me,” as Charlie moves from the toms to the ride, and a steel guitar filling the holes. It builds and builds, then fades out. They make a mess of their stew, at times, but my this is tasty.

5. “HONKY TONK WOMEN” (1969)This song is perfect. I don’t say this lightly: it is perfect. Three minute and two seconds built off a pre­–Run DMC rap beat, peppered with cowbell and that irresistible countrified chorus. The guitars sound beautiful, leaving restrained, gaping holes filled with that constant drumbeat. It’s remarkable to hear how good it was when Mick and Keith actually sang together, particularly when Keith reaches for those high notes on the “give me” choruses. I once tried to sample that wonderful opening beat, by crudely putting a mic on my stereo speaker and looping it by guess-work on a four-track, to trial an East Village ‘90s rap song. It was called “Honk-Tonk.” And it failed unspectacularly.

45. “BLUE TURNS TO GREY” (1965) This lost song has a cult following, and is surely a keeper of the few melancholy Stones songs, initially written for the Mighty Avengers then popped up on the Stones’ half-baked December’s Children (and Everybody’s) album. It’s written, like so many early Beatles songs, of the viewpoint of one bloke reassuring another (“she loves you” mate), with Mick and Keith insisting, as 12-string guitar jangles through the verses, “you just don’t feel good” but that “you must find her, find her, find her.” Its very vulnerability – contrary to Mick’s typical-of-the-time “stupid girl” bravado – not only suggests there’s a deeper blue than blue, but that this one came from Keith.

46. “SHORT AND CURLIES” (1974) I nearly spit out my Coca-Cola slurpee when I heard this the first time. What? You can build a song off little pizza-parlor pianos and the lyric “too bad! she’s got you by the balls”? Balls! She doesn’t sound like a very nice person.

47. “WHAT TO DO” (1966) Playing off early ‘60s pop songs by lesser bands, even stooping for a “bow bow bow bow” back-up, this unassuming closer of the UK version of Aftermath is just cute as can be. Particularly as it wraps up and Ian Stewart quarter-notes two piano notes to nice effect (to right in mix).

48. “WHO’S BEEN SLEEPING HERE?” (1967) The opening 15 seconds of this song are lovely – a tinkly acoustic takes form as a hum of harmonica passes, like morning birds, and a feedback guitar ebbs menacingly to suggest not all is well this foggy morning. This is the most ambitious architecture on their most British album, Between the Buttons, with its parceled mix of pianos, acoustics, feedback, pianos. Since the midnight rendezvous, quite-English cast includes butlers, brigadiers and cavaliers – Mick had clearly been listening to Dylan’s character-driven songs from his first electric albums — the folks over at “Downton Abbey” oughta use this for next season’s TV promos. I’d buy their stupid DVD and t-shirts if they did.

49. “100 YEARS AGO” (1973) If I could steal a Stones song, call it my own, I’m taking this. It wouldn’t be missed. One of their more goofball efforts: built in three individual parts. The first, with funk organ and some wah-wahs, is built around Mick’s dictum “don’t you think it’s wise not to grow up?” Then the funkier middle – with Mick Taylor wah-wahing a solo and no discernible lyrical theme. The music suddenly ducks, and Mick sings, “please excuse me while I hide away…” (the “please” gets to me) then segues into a brief, unnecessary passage with Mick pleading “call me lazy bones,” before dancing into a heavier funk-organ exploding outro. Seriously, I bet Keith’s never heard it, much less played on it. Guys, can I have it?

50. “SEND IT TO ME” (1980) This is a pretty bad reggae song you probably didn’t know existed (and I doubt most of the band remembers it either). It’s here because it’s fun, and Mick is hilarious. Catch the quick, spoken-word opening: “I think I had enough! Religion’s tough! It’s a state of mind, I don’t neeeeed it!” Then the stretched-out final verse, where Mick makes his call-out plea a next-door factory girl: “she could be Romanian, she could be Bulgarian, she could be Albanian, she could be Hungarian, she could be Ukrainian, she could be Australian, she could be the alien! Send her to me.”  That he tacks on Australia, and aliens, to a tour of the Soviet bloc cracks me up.  Particularly when since I work for a company based in Melbourne.

I love even bad Stones songs when the band was still good. Happy 50.