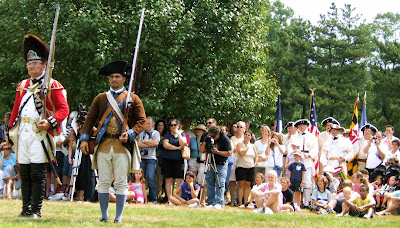 Lately the battle of Brooklyn centers around finding cheap rent for bands or artists in neighborhoods in from Williamsburg on the L line, which heads straight into East Village bar turf on Manhattan. Or the battle over the Atlantic Yards project. The ultimate should we/shouldn’t we in urban development — a new business center that could bring jobs (and the NBA Nets) but means extra traffic and, worse, kicking out locals from some homes.

There was another Battle of Brooklyn, one few Americans have heard about. Likely because it was a huge defeat.

On August 27, 1776, British troops eyed New York, but to claim it, Brooklyn came first. The battle was ultimately the biggest of the Revolutionary War, claiming 25,000 American lives alone — equivalent in modern times, per John J Gallagher in his book The Battle of Brooklyn, to two million casualties. It was a loss, but somehow New York City was saved, and the war went on.

Essentially no sites of the battle remain today. There’s a marker in Prospect Park, which saw some action, but Forts Box and Defiance have no trace (or plaque) remaining. And one key hillpoint is covered in graves, at Green-Wood Cemetery.

I had been thinking of trying to stage an borough-wide re-enactment of the battle, with British troops coming up two-century-old streets like Flatbush, and American troops standing them off outside delis and Brooklyn Industries t-shirt shops. Then I learned there is a ‘re-enactment’ of sorts.

Today I visited it, finally, at Green-Wood. A crowd of a few hundred encircled a British and American soldier standing side-by-side (!). A British officer (!) ordered them to load and shoot fake rifles, puffs of smoke filling the air and claps all around. When they tried it again, the British guy’s didn’t go off. A local dad in a Mets jersey jeered him, ‘That’s why you Brits lost the war!’

Afterward the several hundred observers milled about with mostly upper mid-aged re-enactors who broke character and snapped when missing a note in a flute solo. When they marched ‘up the hill’ to where battle was waged, a marching band in modern white uniforms followed them playing ‘Yankee Doodle Dandy.’

That’s where I let the battle go on without me. 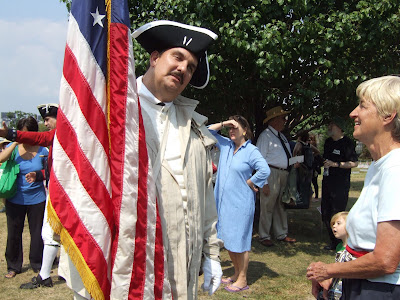 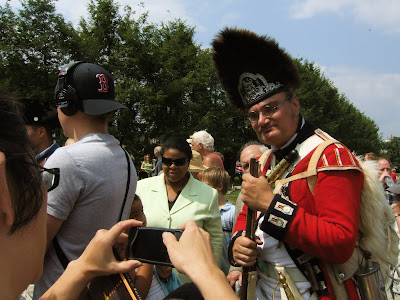 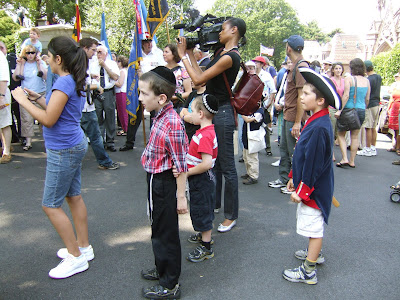 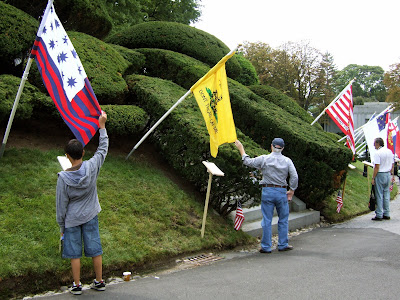