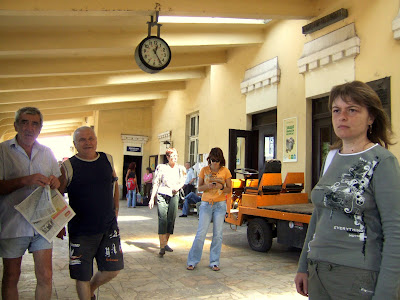 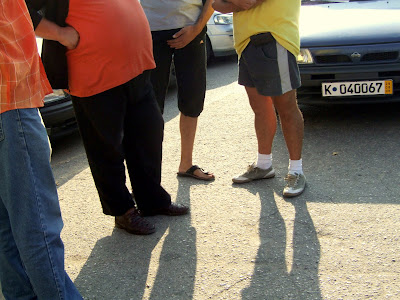 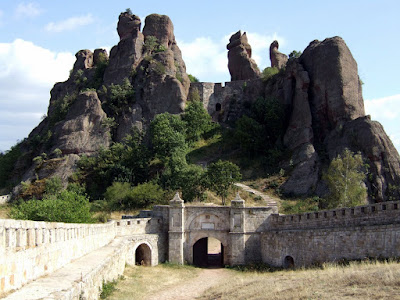 I’m not sure why more people don’t travel around Bulgaria’s northwest corner, extending like a little thorn between Serbia and Romania. I’m currently researching Lonely Planet’s Eastern Europe chapter for Bulgaria and started off my trip — getting over jetlag and flat-out enjoying myself — with a little road trip across this mountainous extreme of Bulgaria few see.

Belogradchik is a medieval fortress on a site used by Romans, Ottomans, Bulgarians that looks like a lost set of The Lord of the Rings. Stone figures, carved from prehistoric seas, look like giants looming over a toy fort. Above the walls is a 50-sq-km area of more rocks, with endless climbing opportunities and views across a deep valley.

Vidin, on the Danube, sees a little action for its car ferry to Calafat, Romania. There’s another fort here and a great riverside walkway — no other town I’ve seen here embraces the Danube as warmly. Traveling with a Sofia friend, we ate local fish on a floating restaurant and swam at a pool made from an old Turkish bath. Then we stopped at a car market where 10-year-old Renaults and VWs were going for 1500 to 3000 euro, cheaper than back in Sofia.

The next day we followed the map to the far north — to figure which of two villages were Bulgaria’s northenmost. In Kudelin, near the Serbian border, a mayor’s assistant — a stern woman, about 50, with dyed black hair and thickly applied magenta lipstick, mocked the nearby Vrav. ‘They are bigger but half of their houses are abandoned. Here we have more kids.’ Also: ‘it’s understood that we’re the northwestern most village in Bulgaria,’ she said proudly. She also bragged about the mental institution near the Danube. ‘We have 200 people there!’ We drove that way and heard ape-like screams. In a patch of shade a few old codgers saw us, jumping up eagerly and waving like Forest Gump off the shrimp boat.

Over in Vrav, we asked a local about the town, and he willfully agreed half the village was empty. ‘On Friday some Brits come who have bought houses in the area — to drink at our bar,’ he motioned to a few outside tables facing the tiny central park. ‘They’re bad, but not as bad as the gypsies.’ He had no idea which town was farther north.

We ended the trip to the south at Lekhchevo, where a family had had a baby sheep killed for us — ‘we decapitated it today’ — and a long night of local rakiya brandy, their own wine (‘this is a 20-year-old bottle — it’s a gamble if it’ll be good or not’) and beer made up in Lom took us to 2am. One of the sons, a beefy guy in a taut muscle shirt, yelled out from across the porch eating area under vines of purple grapes, ‘Robert! Dance!’ and turned on an ageing Bulgarian pop singer on a mini cassette player.

I stuck with the decapitated sheep and wine. 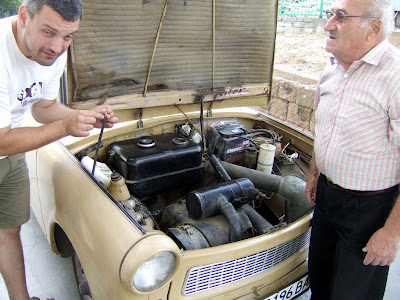 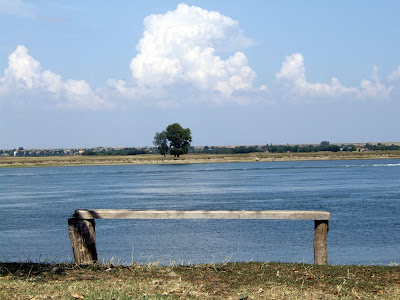