Thoughts on visiting the White House, of America

For a period of three weeks when I was 10, I wanted to be President James K Polk. He was the standout in my book of presidents that I’d stash in my locker. By comparison, James Monroe looked prissy and mean, James Buchanan meek and guarded, William McKinley stern and assassinated, though Grover Cleveland did seem a barrel of laughs.

But it was Polk’s portrait that captured my imagination most. It wasn’t just that hint of a 1976 Nashville mullet dangling on his 19th-century shoulders; it was how Polk stood: straight, certain, poised for greatness, hands clasped confidently at the groin. That spoke to me.

So when we stood to recite the pledge of allegiance – you’d do that in Tulsa public schools  – I emulated the Polk posture. Then would glance around to see if anyone was whispering to their desk mate, “wow, Robert looks like James K Polk today.” 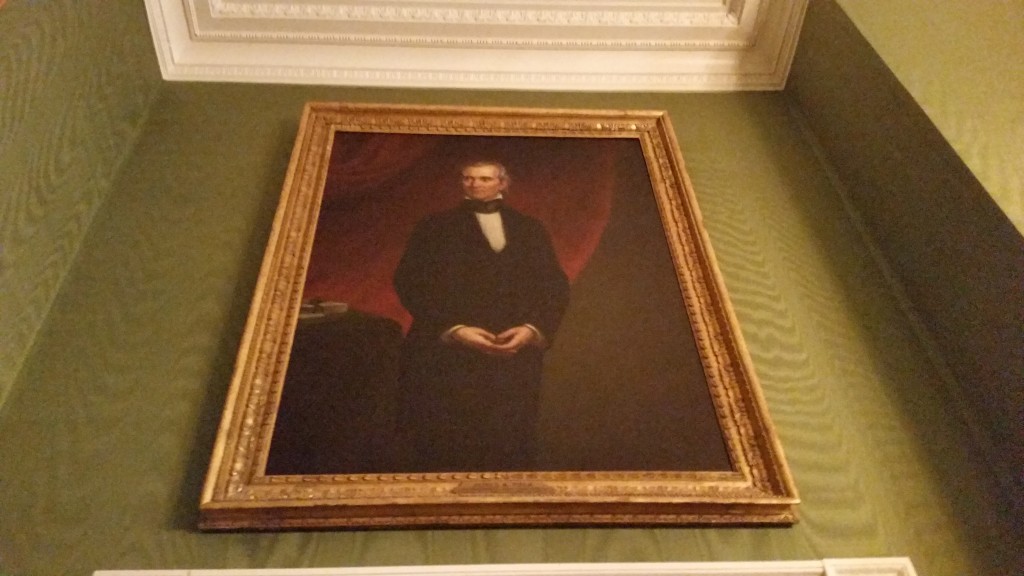 Last week I visited DC as part of a rather unusual event where 100 top travel bloggers got to go and hear various government efforts to promote study abroad programs in the US. I wasn’t one of the 100 top travel bloggers. But National Geographic asked me to speak there. So I did. (Here’s the video, and yes, there’s a Star Wars reference.) 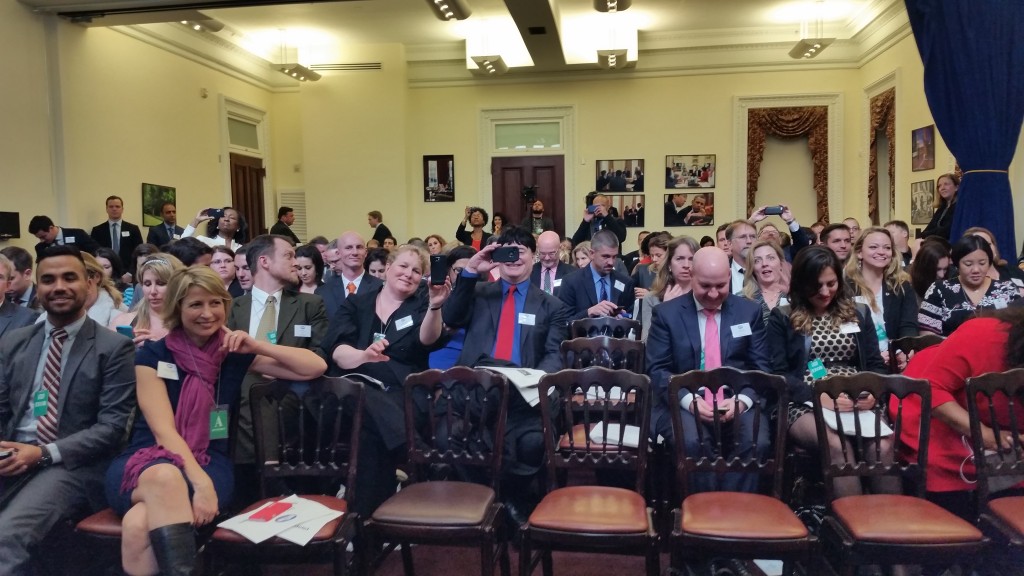 The 100 top travel bloggers and I began our day with a tour of the White House, where I’d never been. It was cold and wet outside, but Paula Froelich from Yahoo Travel, buried in a Yukon-ready coat from Dolce & Gabbana, offered an unused umbrella. “How’s it branded?” I asked, taking it. It was a Travel Channel umbrella.

We waited a long time in line. “It’s longer than TSA at the airports,” a White House staffer warned. She asked us to tell security we’re on the “10am tour.” It was already 11:30am. “This is normal.” After 15 minutes, I showed my ID to the guards in a small canopy, returned to the chilly drizzle, eventually entered another ID check/canopy, breezed through a radar detector, and finally up the steps and into the Obama’s temporary home.

A stream of tourists were already in place, taking photos. I passed by a portrait of the impeached Andrew Johnson, snapshots of assorted First Pets, and over a dozen Christmas trees. The White House is a home, I reminded myself, but also a gift shop. So I briefly paused to buy a coloring book on First Pets and a memo pad that says “from the White House.” It takes a long time to buy things in the White House because nothing is quick in the White House. Or maybe just because the woman in the line before me did her shopping by asking the cashier to retrieve all she wanted. 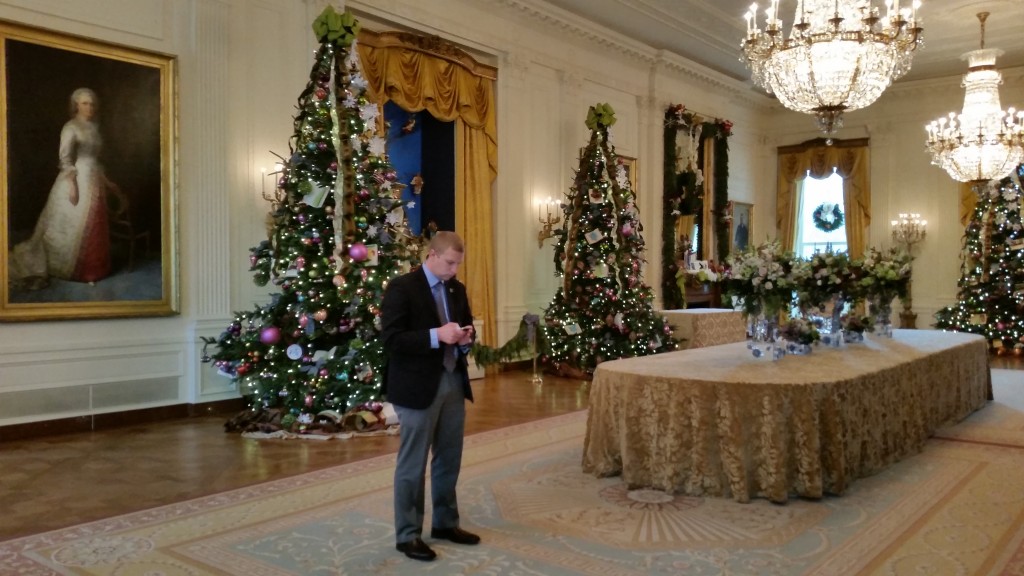 Ahead I spied a staffer with a white earplug chord running cursive down the back of his neck towards a Brooks Brothers’ sports jacket. He was keeping the White House safe, while thumbing at a cellphone. I heard someone ask “why are the eagles angry” so I snapped a photo of a table leg carved as an infuriated eagle. Pauline Frommer told me only the shell of the White House is original, and built with slave labor. The rest was redone. I wondered why I hadn’t thought of that before.

Being in the White House is sort of like walking onto a sit-com set, it’s all so familiar. Yet I didn’t know what to take in. I dutifully took blurry photos not worth sharing (of a gingerbread White House, Christmas ornaments, people taking selfies), then paused in the Green Room to look behind me, above the door – where I found the portrait that so captivated me in fourth grade. Polk!

The portrait was painted by George Healy, who was sort of an Annie Liebowitz for presidential portraits of the mid 1800s. In fact, I’d learn Healy painted many of the presidents in my little book (including Martin Van Buren, John Quincy Adams, John Taylor, Abraham Lincoln, Franklin Pierce, Millard Fillmore).

I looked up at Polk, who’s left to stare indefinitely into a meaningless corner of the Green Room. And I found myself suddenly resuming his eternal hands-to-groin stance for the first time since the late 1970s. It felt awkward. I looked over to see if at least the Green Room’s guard, with a white earplug running cursive down the back of his neck, approved. But he didn’t notice. I rushed on to join the pack already two rooms ahead.

4 Responses to Thoughts on visiting the White House, of America