On no levels is Gettysburg, which is commemorating its 150th anniversary, just a battlefield. The site in south-central Pennsylvania, run by the national park service, carries a big wallop even for those who find the History Channel a bore.

A few years ago I went to find out how re-enactors decide who “dies” first during mock battles. To be honest, learned next to nothing. I got five or six different answers, then during a staging of the Pickett’s Charge, no rebels fell. None. Here’s the video:

Last November, I went back to see Lincoln’s Gettysburg Address commemoration (Steven Spielberg introduced it). Fellow B&B guests offered me a spot to “re-enact” as a Union private (in a parade at least), then — back in civilian clothes — I walked Pickett’s Charge. I didn’t fall either. But my shoes got very muddy.

I wrote about it today for Gadling. 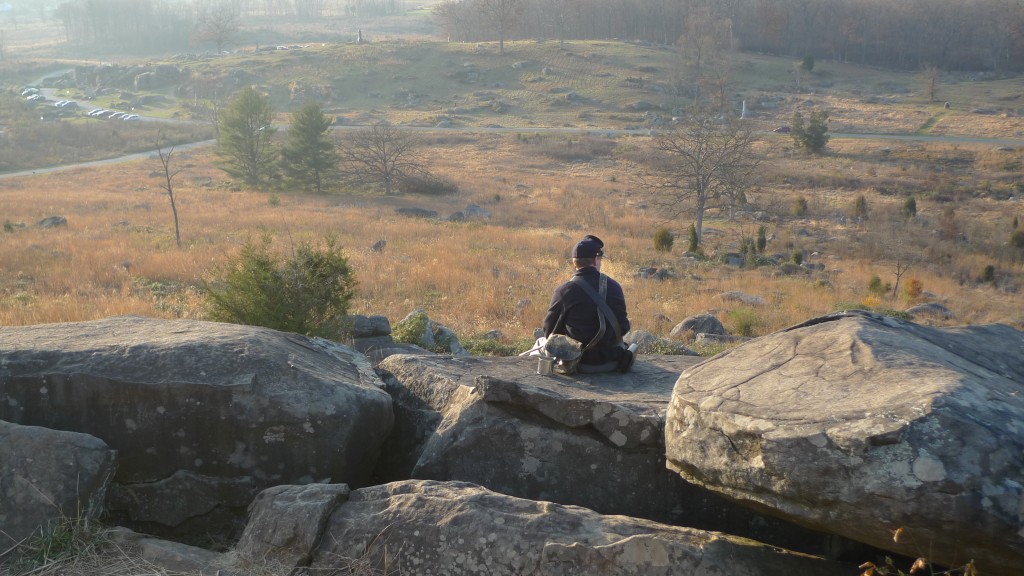 One Response to Gettysburg is 150