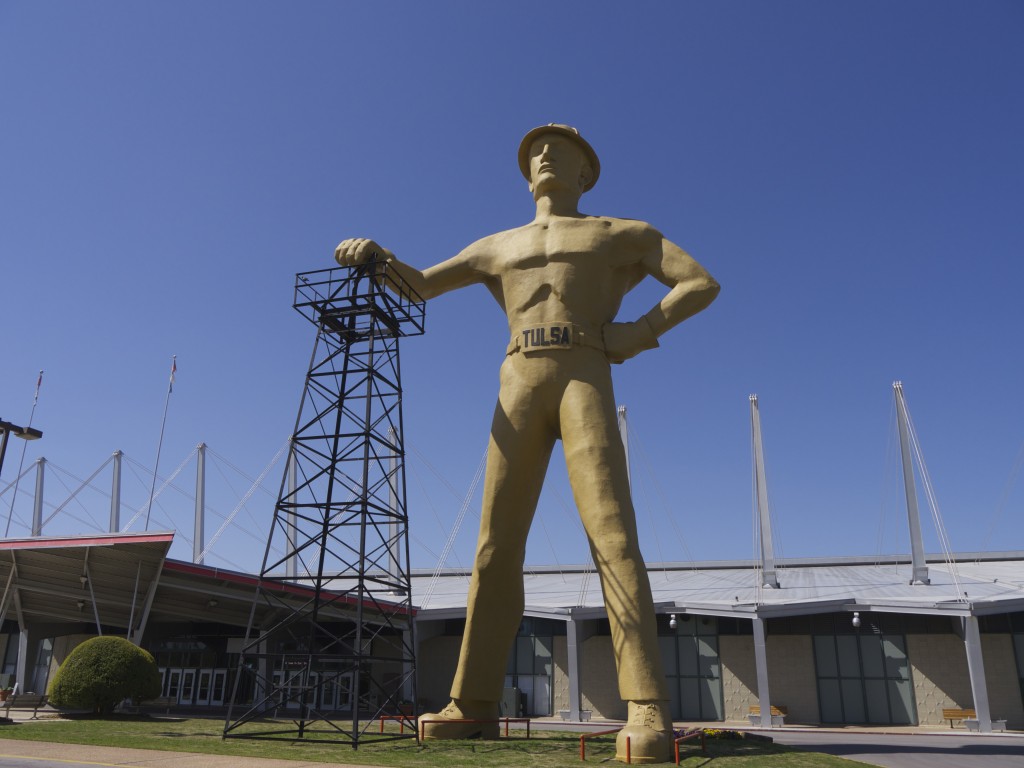 If you want to know the key to a Tulsan’s heart, take them to the 76-foot Golden Driller at ExpoSquare* (4145 E 21st St). Now, I grew up in Tulsa, but I think I can say this with all seriousness, the Golden Driller is the greatest statue in the world.

Set outside the fairgrounds in 1966 as a tribute to “Texas tea,” the Golden Driller is the country’s third largest free-standing structure. A buff tannish man standing without a shirt (though once had a kilt), but a sassy look of determination, head set back Woody Guthrie-style, his fist plopped on a derrick and legs spread, poised to pounce — he is the greatest Tulsan, a beloved Tulsan, a true Tulsan icon.

Growing up, we’d pass anytime we went to Brownies for greasy burgers nearby, or to see the real “Popeye” at the state fair behind him. It remains the lone Tulsa “attraction” I visit every time I go home. To look up at GD was like up to a city guardian. A decade ago, when I needed an author photo for my first Lonely Planet guidebook (USA), I spent about 20 minutes posing with it perfectly placed over my shoulder, and a look of utter confusion on my face. That wasn’t easy. But it was worth it.

* Hey ExpoSquare, why in the WORLD don’t you have any information on the GD on your site? You used to. And I still think I got ripped off on the balloon pop game when I tried to win that Maiden mirror back in the summer of ’84.