Why you should kick the “bucketlist”

It’s never been a great idea to plan any aspect of your life around a buzzword popularized by a terrible movie. And Bucket List, starring Jack Nicholson and Morgan Freeman as selfish dying strangers who run off in their final days to tackle a handful of testicular-swelling tasks, happens to be a terrible movie. It got panned on its release in 2006, yet it spawned an epidemic of “bucketlists,” apparently changing for good how holiday-going, law-abiding taxpayers plot out the rest of their lives.

Bucketlists are everywhere. If you don’t know how to make one, Google “how to make a bucketlist” and you’ll find 135,000 options of tools or suggested lists to create their own to share and one-up friends’ checklists on Facebook before the monster marmots rise and put an end to us all. Since the film, even the New York Times and Guardian have gotten in the act, with a spike of “bucketlist” refs for everything from “learning to tango” and “being a ref” to “getting a divorce.” 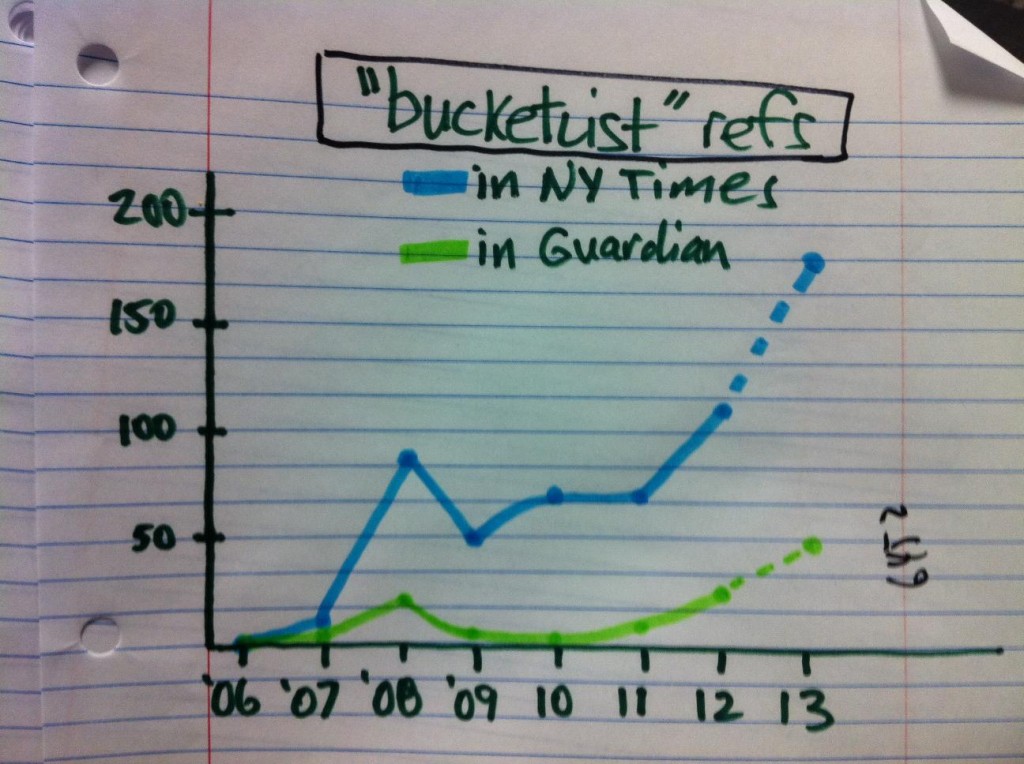 Bucketlists are travel goals. But who said goals are a good idea?

A funny 2009 Harvard study called “Goals Gone Wild” shows how, at least in the workplace, goals have had negative side effects like corroded relationships, a jump in unethical behavior and (worst of all for travel) a narrowing focus. Writing about it, this New York Times article worries of goals that “rather than enhancing our lives, they can quickly become the entire point.”

One alternative, as Peter Bregman put it in a recent article in the Harvard Business Review, is to scrap goals altogether and simply build and follow a focus. He wrote, “A goal is a result; an area of focus is a path.” I liked that, particularly for its travel metaphor, so emailed him to see if he felt the same about bucketlists for holidays. He told me that as the traveler understands the point is “the journey” or “pursuing an experience,” and not the goal, it’s fine.

Are we sure that distinction isn’t often lost? I’m not.

An even bigger problem about creating a life’s holiday check-off list is that it’s inherently limited whatever knowledge you have before you set out. At the expense of what you don’t know about a place, or places you hadn’t even heard of yet.

Most people, for example, have heard about the cable cars of San Francisco. If all one wants is to ride one in their life and sing “Rice-a-Roni,” that’s perfectly fine. (And I used to love the ad too.) But know there are better alternatives for seeing San Francisco, like the restored streetcars from the 1930s, ’40s and ’50s that local commuters use on Market Street. Riding one is cheaper and definitely feels more historic, with the driver ringing the bell all the way down to the Castro, where you can catch an Alfred Hitchcock double-feature at the art-deco Castro Theater. It’s a theater to arrive early, so you can see David Hegarty pump out show tunes on an elevated Wurlitzer organ to warm up the local crowd, before clicking a switch to slowly descend before the giant movie screen.

That experience is very San Francisco, and very fun. Even if you’re of the few who don’t sneak in liquor. 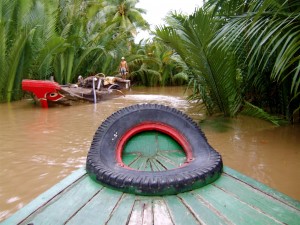 I will never knock someone who’s ill and trying to make the most of limited time. (This bucketlist blog by a 17-year-old who succumbed to cancer in January, is a heartbreaker worth reading.) But I think a “focus,” as Bregman put it, works better for most of us.

I didn’t write a bucketlist when I set out traveling on my own, and if I had, it certainly would have missed on many of what would become my favorites:  cities like Berlin or Montreal (below), regions like the Mekong Delta (above right) and Languedoc-Roussillon, countries like Burma or Colombia.

I did have a consistent focus though — particularly toward unheralded places (for instance I picked Nebraska over the Caribbean for my first guidebook) with a dash of inspiration from rock bands, funny historical failures and college football. Following my interests and instincts got me where travel works best for me: ear to the ground, giddy and wide-eyed, hopeful of helping reverse an unfairly negative perception of a place, perhaps staging a poorly acted reenactment or two, but certainly being open for whatever may come.

And maybe that’s it. Not a bucketlist, but creating something like a “FocusMap.” It’s worked pretty well for me. 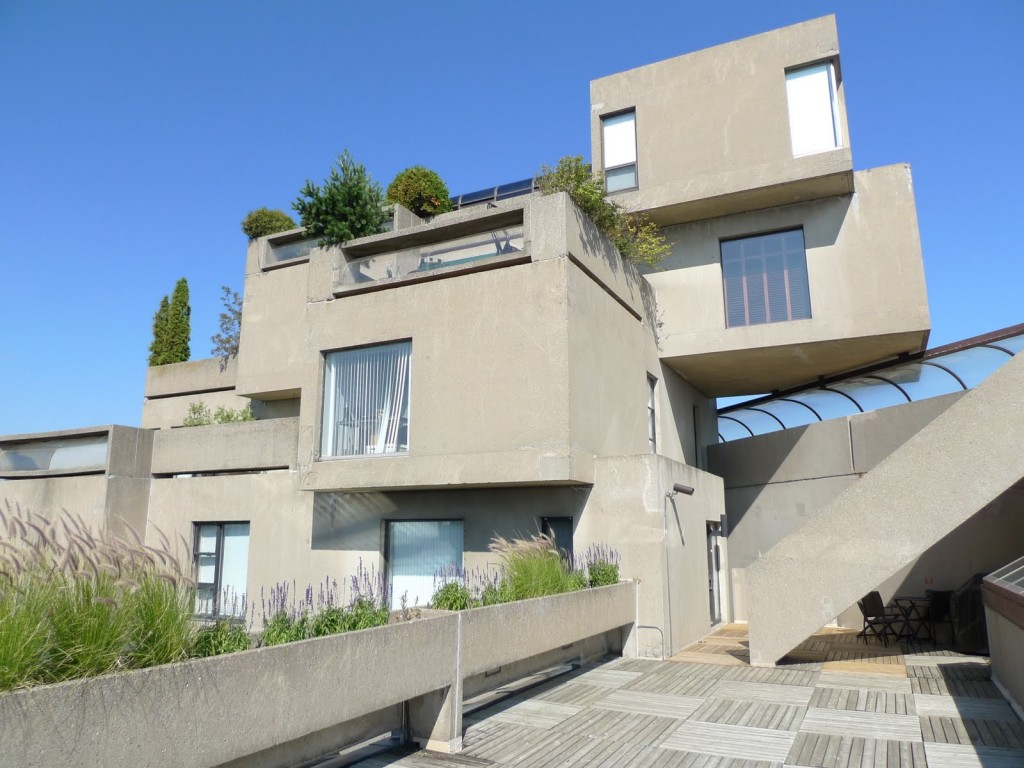 14 Responses to Why you should kick the “bucketlist”