Is it “Spring Break” or “break in spring”?

Spring Break turns 53 this year, well sort of. A few years ago, while wondering if Spring Break is “travel” or not for an episode of the “76-Second Travel Show,” I tracked down Barbara Keith, one of the many college-age girls who went to Ft Lauderdale because, as the 1960 movie put it, it’s Where the Boys Are. She ended up staying for good, though found her “boy” back in Boston.

Here’s the video, including flashcards on how to meet people:

I like breaks in spring, but I always sort of hated Spring Break. I never was into the mad Padre rush from Oklahoma for a drunken week on so-so beaches with the sort of people I tried to avoid in Norman anyway. People who didn’t like the Smiths or Sonic Youth. It seemed like it was all antics for antic’s sake. Abs for abs’ sake. And always the wrong sunglasses. I longed for more space and less blaring pop music. I used to ski during the break. That was until my favorite college “break in spring,” a long roadtrip with a tent to a landlocked part of the Lone Star State: Big Bend National Park in West Texas.

Watercooler topic: Perhaps there should be a distinction between two kinds of spring break: a “break in spring” and “Spring Break”? One is for some sort of memorable travel experience that takes in some aspect of the destination other than booze, the other is a relocated fraternity party on sand. Discuss.

Anyway, when AM New York asked me recently about alternatives — and a lot of college kids will be mad here — I suggested taking courses or volunteering instead. You’re more likely to get parents to pay for it.

Here’s the AM New York article: 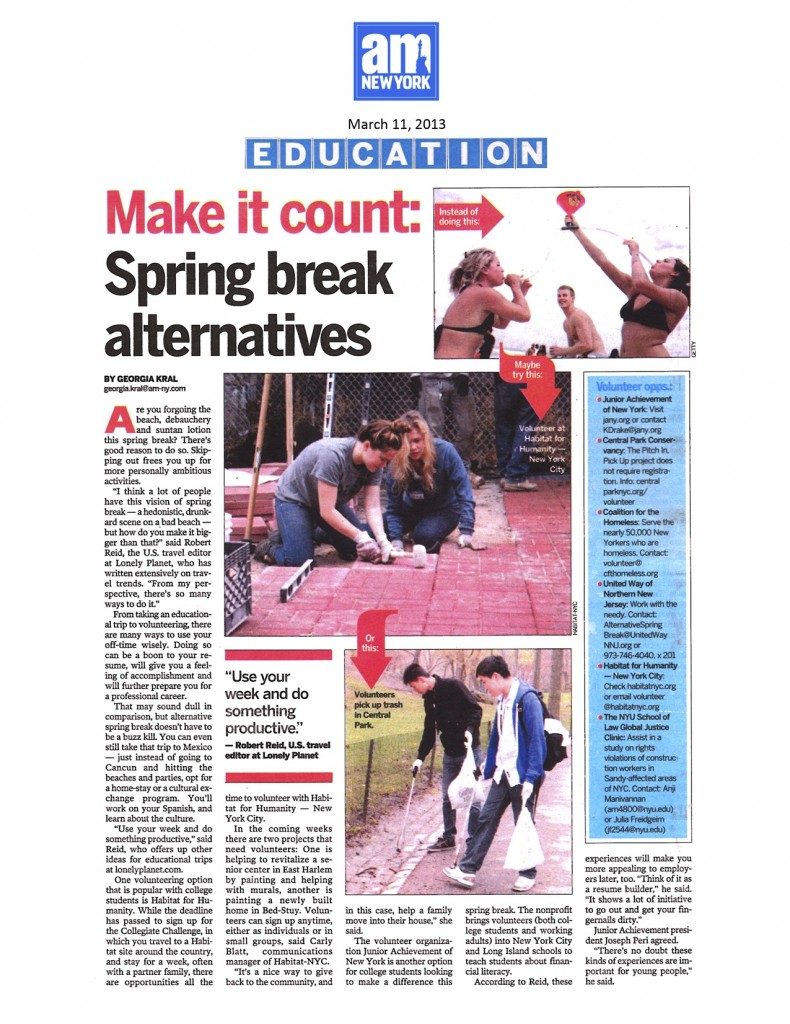