My Ian Frazier Monologue: How to be Curious

Sometimes people ask me who my favorite writer is. And I’m always embarrassed not to have a prepared reply. I had phases with Twain then Dostoevsky, and quieter ones stalking the words of various college football columnists. I don’t really have one, I guess. From now on I’m just going to say that whenever there’s a subject I’m drawn to, one I’d imagine wanting to write a book about, I always find Ian Frazier’s already done it. 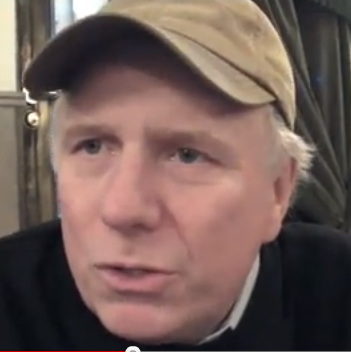 An Ohioan expat in New York, and a long-time staff writer for the New Yorker, Frazier’s taken on Indian reservations, Great Plains, Siberia and making an ordinary family history extraordinary.  Each subjects I’ve flirted with. I’m sure he does it all better than I would. And I read him with no envy, just admiration for one of the world’s most curious people.

Right now I’m reading Family, a book of Fraziers and other related English and German relatives of his who reached the Midwest from New England in the mid 19th century. It manages to weave in details about Stonewall Jackson’s bathing habits, methods of cross-country travel before railroad, and the birthplace of potato chips. It’s ultimately a story of America – as fascinating as any I’ve read. In one running passage of a distant great-great-great-great relative, Frazier casually notes ‘she had heard of Freud.’ And that’s it. There’s a mind with an attention to detail. Read carefully and, without him even saying so, he gives a how-to on how to be curious.

I’ve often found that any saved newspaper article I stumble upon years later is invariably more interesting for whatever story happened to be on the other side. It’s hard to know what to document, notice, photograph, take a note of when you’re in the moment. But Frazier gives us a bit of a cheatsheet in how to do this by including this page taken from his notebook in Family. Note how he simply includes smells of leaves and a moldy church, that there’s no fence around a cemetery, and a garden sign of a buck-toothed rabbit that says ‘Hi, there!’ 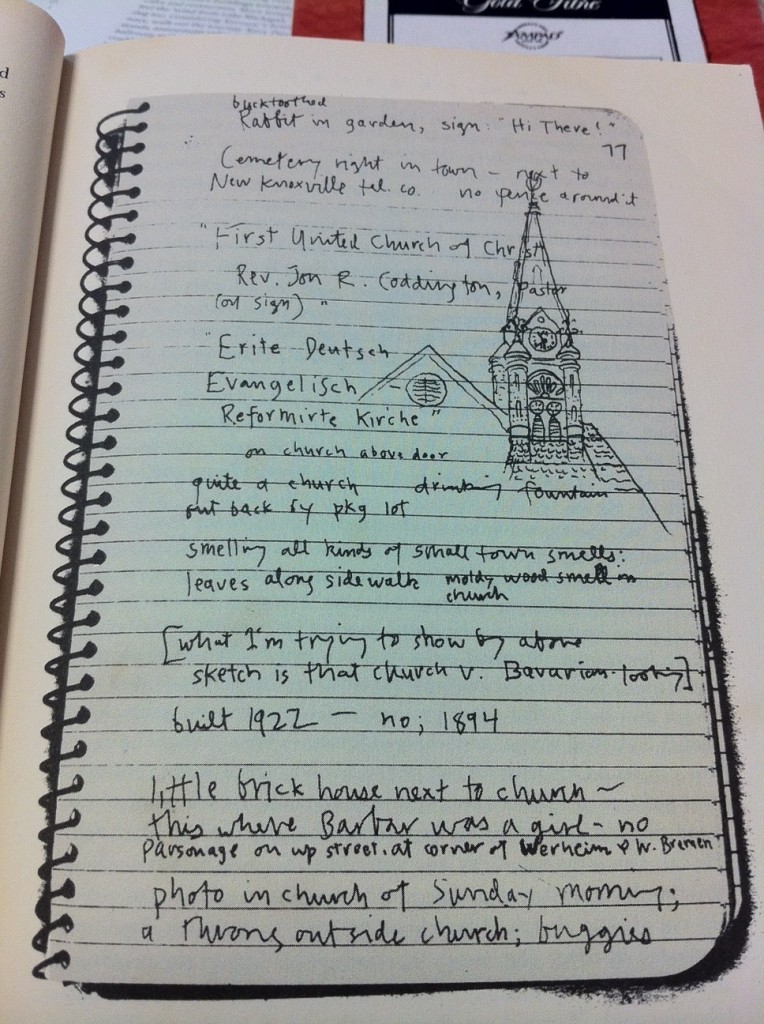 I’ve met Frazier twice. One in a New School writing class, and once when I requested an interview for Lonely Planet of his Travels in Siberia, which came out after 17 years of research last year.

I had a Soviet fixation since junior high. My ninth-grade year-long project was on ‘Life in the USSR,’ based on scouring issues of Soviet Life in the Byrd Junior High library. When I became a Lonely Planet author, I put the Trans-Siberian Railway guide at the top of my wishlist and have since updated its Far East sections twice. So before I started the interview Frazier and I compared a few Siberian tales. I mentioned how remarkable it was to see swimming Chinese kids swimming across the Amur River from European-looking Blagoveshchensk, a Siberian city on the Chinese border six time zones east of Moscow. He immediately wondered how. ‘It’s over a mile wide there.’

That was a lesson, casually given. I had only bothered to remember the recorded memory, not the means. Just ‘kids in Heihe, China splashing in the water’ wasn’t enough to give the full experience by proxy.

And I like that he knew the width at a random spot on a 1755-mile river, the world’s tenth longest.

I don’t remember how I answered, and sometimes replay in my mind what I should have said. I later recalled that I had in fact used the $75 binoculars I had bought from B&H right for the trip. I had imagined frequently pulling them out of my bag to watch the Siberian landscape on long train trips. But I was nearly across Russia before remembering I had them, in a communist-era river-view Blagoveshchensk hotel with an over-friendly lobby attendant, Dima, who irritatingly puffed air before he spoke in his sharpened English, which he longed to practice with the lone English-speaking guest. I think every other guest was Chinese. The hotel hoisted a huge rat above the lobby cafe, to honor the Year of the Rat in the Chinese Zodiac calendar. So I unpacked the binoculars and spied on the muddy China shore.

Next time maybe I’ll include that.