Quick! What’s the best Canadian city? The subject has led to a lively discussion on Lonely Planet’s Thorn Tree, something so prickly that Toronto-based author Andrew Potter suggested could actually bring about a civil war.

(Note: I’ve not been to Halifax, among others.) 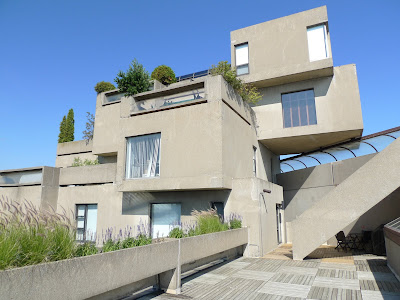 Canadian city most want to live in: MONTREAL. Montreal is ridiculous. A top-five city in the world to me. I love a place that takes bikes seriously (public-use bikes clean-up canal rides), and the city truly beats NYC with bagels. Plus all sorts of playful architecture, like a orange-shaped food stand (that serves as my Twitter photo) and the unreal Habitat ’67 (above). 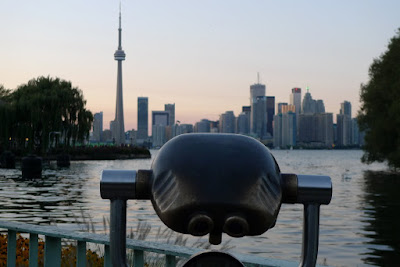 Canadian city with most interesting neighborhood: TORONTO‘s post-hippie Toronto Islands. You get there by ferry, it has super views looking back on TO (above), a fun community of locals that have survived development, a hokey amusement park, nude beaches and the spot where Babe Ruth hit his first homerun.

Canadian city with most energy: right now, WINNIPEG. I enjoy having French food across the river in St Boniface (and seeing the atmospheric cathedral ruin), but I’ve never seen more energy than at the Winnipeg Jets’ first win (above). (If you don’t think Peg is a hockey town, watch Guy Maddin’s hilarious ‘My Winnipeg’ documentary.)

Canadian city with them most tunefully suggestive name: SASKATOON, SASKATCHEWAN. Pronounced as SASKaTOON by locals. It’s the place I zeroed in on during back-seat atlas-scavenger-hunts on long roadtrips as a kid. Plus the saskatoon berry makes for a nice pie. 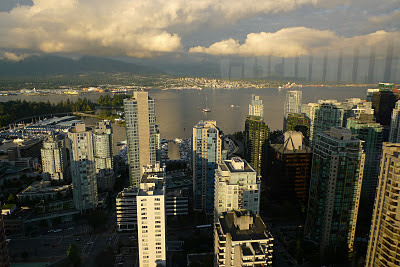 Canadian city that’s most beautiful: Easy, VANCOUVER. Views from False Creek ferries are worthy, as is a revolving meal up Landmark hotel (above). 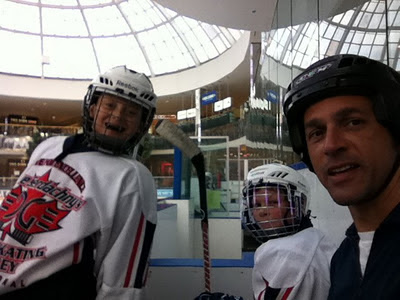 Canadian city that most surprised me: EDMONTON. Expected a flat oil town, and immediately struck by the deep river valley linked with shady trails and crossed by a historic bridge to Strathcona’s theaters and bookshops. (I bought a used copy of the full transcript of Louis Riel’s trial. Yet to read, must say.) And I was surprised when 12-year-olds agreed to teach me hockey in the second-biggest mall in North America. 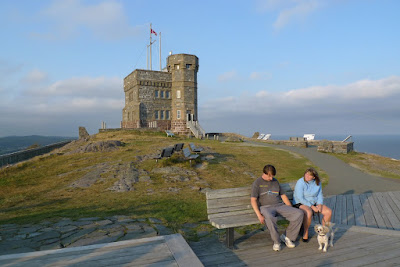 Canadian city most want to return to: ST JOHN’S, NEWFOUNDLAND. It’s not just the apostrophe, seafood, rugged coast, local kids with Bieber haircuts and the voice of 70-year-old pirates, but its friendly vibe of a place that really sees itself as its own nation.