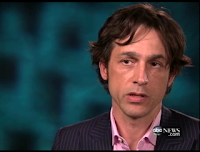 Following the news of Osama Bin Laden’s death in Abbottabad, Pakistan last week, I had the chance to talk about the tourist appeal of the region’s Karakoram Highway. I also learned that the city of 900,000 — set in cool mountains a few hours north of Islamabad — has a funny history.

Founded in mid 19th century (young for the region), Abbottabad got its unusual name from its founder Sir James Abbott, who was an effective British advisor during the Sikh Wars of the mid 19th-century — and far far less so as a poet.

After leaving the city in 1853, he tributed it with a poem called, simply, ‘Abbottabad.’ Oxford poetry professor Stephen Moss wrote, in the Guardian in 2005, that was ‘one of the worst poems ever written.’ He claims it takes a genius to come up with ‘non-sequitors’ like that.

It’s certainly the only one I’ve read that ends with the word ‘thwart.’