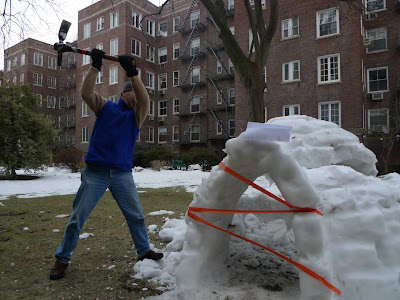 It’s not your typical day when you look out the window and see an igloo. ‘Actually it’s not an igloo,’ its creator, Joe Gindoff, told me. ‘It’s a snow house. Igloos are made of ice.’ Joe, my neighbor in Jackson Heights, Queens, told me he’s never built one before, but the excess snow and time to wonder — he recently lost his job — gave him the opportunity. ‘I sat and thought about it, then went out and did it.’

Local news picked up the story after Joe spent the night in the house — or at least till 3am (I know the feeling; I gave up on Quebec City’s Ice Hotel at 2:30am recently myself).

Alas, Sunday Gindoff took a pick-axe to his creation, knocking its roof in. With temperatures set to rise this week, so have concerns from neighbors over a potential hazard in the private garden area. He understood.

The ‘igloo’ — or ‘NYgloo’ as he called it — has already paid dividends for him. Gindoff has been contacted to help build a ‘three ton snowman’ at Bear Mountain upstate. Sometimes just doing stuff — like building an ‘igloo’ — beats polishing off a new resume. 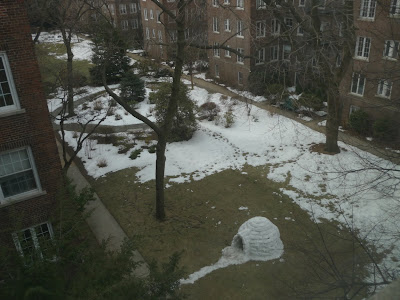 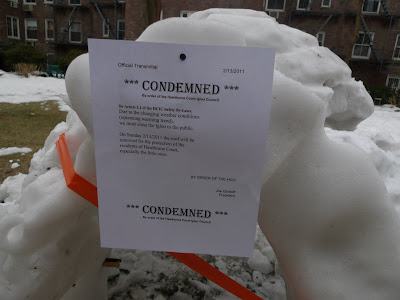 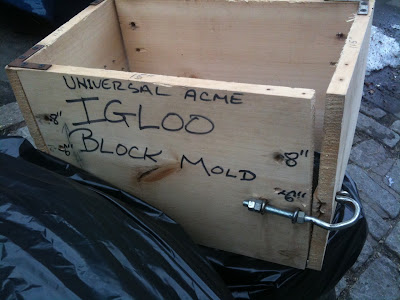