11 Things to Do in Tulsa While You’re Alive 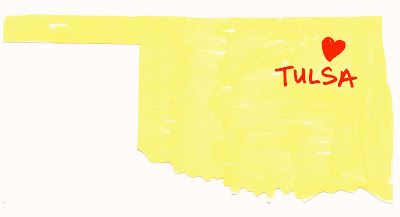 Us ’80s-Tulsans grew up with a huge, decade-long sigh of satisfaction. We didn’t have mountains, oceans or particularly good taffy, but we knew what we did have:

a) We weren’t Oklahoma City. Meaning, we did have some hills, green grass, trees and (due to all the left-over oil money kicking around) art-house films. OKC may have the Flaming Lips, but we had the Hanson Brothers.
b) We had a pro soccer team — NASL’s glorious Roughnecks — that won the national championship the year they went bankrupt.
c) We got MTV before anyone else (as test-market city). Even New York City, guy. We know MTV way before Thriller came out. So there.

These days, OKC has improved, soccer’s gone and MTV sucks. But there are still some great things to do: 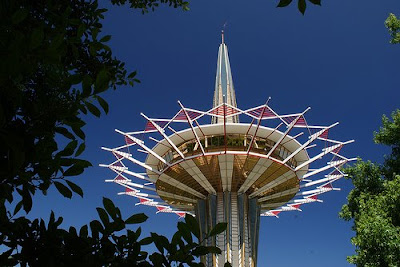 Go to Oral Roberts’ Jetsons-meets-Jesus, futuristic-in-a-clearly-retro-way campus. Pose in front of the praying hands statue below the array of international flags. Walk straight to the Prayer Tower (shown above) and take the elevator to the top. You don’t have to pray. You don’t have to talk about el Bible. No one will bother you. And you can have nice views of the very unusual campus set up by a man who once locked himself in there to raise millions to save his life.

Go see the greatest shirtless statue you’ve never heard of, the Golden Driller. No, he’s not gold — more of a dry-river-bed brown — but he stands with his derrick for photo opps. And you can sit on his foot if you like.

Go play the silly frisbee (aka ‘disc’) golf course on the river walk. The Arkansas River winds through Tulsa — and as of late actually has some water in it. River-side parks stretch 26 miles. The golf course has been there for 25 years. And it’s really not a horrible thing to do.

Go to the Gilcrease Museum and look at cowboy art. Don’t like cowboy art? Yes you do. You just haven’t seen much. Exaggerated or not, it’s our most authentic images of Plains Indians, mean US military attacks and guys roping steers. A window to an 1800s America long lost. And it’s a lot more fun than it should be — and easier to decipher than those rained-on works by the Impressionists over at Philbrook Museum. 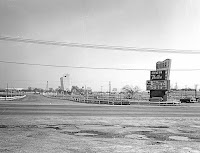 Go see the Admiral Drive In. You know from the scene in The Outsiders where Ponyboy (C Thomas Howell) tries to pick up Cherry (Diane Lane), in a time when greasers and socs were united by knife fights and watching sunsets. Author SE Hinton is Tulsan, and sometimes lazy.

Go visit the Greenwood Cultural Center in North Tulsa. It was the one-time location of America’s ‘Black Wall Street’ and the stage of the tragic Tulsa Race Riot in 1921. When I first visited a decade ago I sat and chatted with a survivor in her nineties. 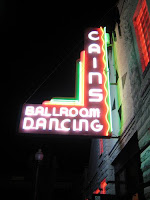 Go to a show, if one’s on, at Cain’s Ballroom. Bob Wills and the Texas Playboys used to control the stage in the glory days centuries past, and it’s become the vintage stage to see shows on in this corner of Oklahoma. The Sex Pistols’ ironic tour of the south blazed through the stage, and Johnny Rotten apparently hid in the office out of fear.

Go to India Palace. Eat the buffet — far better than your average Indian buffet — then walk straight back into the kitchen, purposefully, without asking, and thank the chef personally. My family has done this for years. You will be rewarded with a sizzling ‘fire/oil show’ on the frying pans. And if you bring a tot back in, that tot will be held by the cooks.

Go up the ‘Tulsa hill.’ Driving from 61st St & Memorial, head west towards Sheridan, a mile away. The road rises — a tennis center to the left, apartments to the right. About three-quarters the way to Sheridan you peak atop an unnamed hill — ‘Tulsa Hill’ might work — and can see the whole city scape. When a visiting cousin from (flat) Burleson, Texas, saw it a few years ago, she shot out: ‘Wow. That’s something. Burleson just looks like a fat guy sat on it.’

Go play Lafortune’s three-par course at night. Screw Southern Hills country club, where Tiger Woods comes occasionally and then mocks the city (‘boring’). Lafortune’s little 18-hole job is the best thing to do in summer. Just don’t do what me, Mark and Jay did — walk on the course for free (or follow Jay’s lead by shooting balls intentionally towards traffic on Yale Ave).

Go eat breakfast at Brookside by Day. It’s in Brookside, a faintly hip area with biker bars and vintage clothing. Breakfast is as good as it gets.

–> When you leave, and you’ll probably want to after a day or so, try to take Route 66 west to Oklahoma City. It’s one of the longest stretches of the Mother Road not to be claimed by the interstate system. It saves you the $3.50 toll, you can try buffalo burgers and great cobbler at the Rock Cafe in Stroud, stop in antique stores in Chandler, and see a big round red barn in Arcadia.