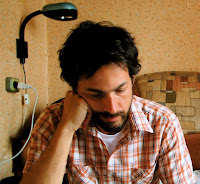 Per the New York Times today, New York City is snubbing its residents by moving the July 4 fireworks from the East River (amidst population-heavy areas of Manhattan, Brooklyn and Queens) to the Hudson River. The move gives New Jersey residents — who don’t pay for the fireworks — a better front-yard look than anyone in New York City (except Nicole Kidman*).

I want to like Jersey. I really do. It’s the most slighted state in the country — and one of the most tolled (Pennsylvania and Oklahoma are also in the running) — and I like an underdog. Just not one who bites.

To quote Michael Stipe, consider this:

Newark charges New Yorkers more for public transit rides to its airport than at any major city on earth. And until they change that I want my fireworks show back.

For the 12-mile ride to Newark Airport from Midtown’s Penn Station, the NJ Transit’s AirTrain link charges $15 per person for the 24-minute trip. It’s a commuter train, with little room for your bags. And it’s priced to punish New Yorker airport-goers. If you get off at the station before the airport (Newark’s Penn Station), it’s only $4 one way; if you exit one station after the airport (North Elizabeth) it’s $5.50.

NJ-NJ fares to the airport are far far cheaper. The 60-minute ride from Trenton (at the end of the line, on the Pennsylvania border) to Newark’s Airport is only $9.25, a 38% savings for 150% jump in travel time.

Compare this with other world airports:

Jersey’s looking for payback after New York stole Liberty Island, home to the Statue of Liberty. I GET IT. But if the inflow of tax money New Yorkers give by flying out of Newark doesn’t allow for more rational, let-love-rule pricing, then I hope the fireworks will bring NJ Transit to their senses.

* With the exception, I hear, of Nicole Kidman (and a few other richies) who has a flashy pad on West Side Highway downtown.