The Heavy Metal Capital of the World! 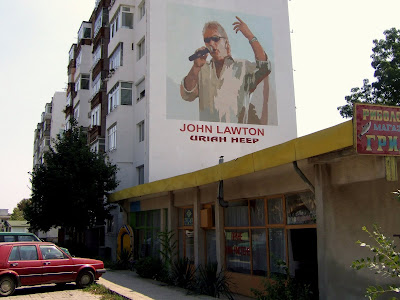 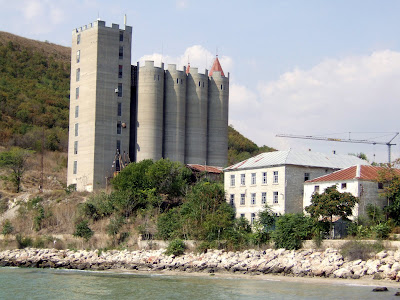 Heavy metal never died, it just went to East Europe. A few years ago, while traveling across the Russian Far East, I kept spotting Dio promos in places like the Theatre of Musical Comedy in Khabarovsk, and learned the five-foot-plus singer was starting his tour in a place gulag labourers agonized to build seven decades ago. This year in Vladivostok, I dropped by a snooty CD store to ask about local bands, and a giant blond guy handed me a band called ‘Masters of Defecation.’ ‘It is death metal, very hard.’

Nothing beats Kavarna, Bulgaria though — perhaps the heart of the heavy metal world. It’s a crummy place, with aged housing blocks sweeping down a dramatic cliffside setting to a crummy beach. The sea name? Black of course. It jumped onto the heavy metal map when a headbanging mayor delivered, apparently, on his campaign promises by launching the Kaliakra Rock Fest, an annual three-day metal fest named for a dramatic cape nearby dotted with remains of Thracian and Roman forts.

This year Manowar, Alice Cooper and Slayer headlined the nights.

In town, the main road passes communist-era housing blocks with a twist. The murals of ‘workers power!’ have been whitewashed and replaced with full images of a few Bulgarian metal singers in the process of a fist-pump, plus Billy Idol (‘Mony Mony’ era). This is a town where John Lawton — singer from Uriah Heep and a Rock Fest regular — is more of a household name than David Beckham or Vladimir Putin.

There is more than your average share of turreted rooftops — essential for warding off dragons I hear. Down by a rather crappy beach lined with old buildings, some out of use, is a grey silo re-fashioned into a castle.

I didn’t stop for a pizza slice or seek out a local CD shop while passing through. And I already regret it. Deeply. 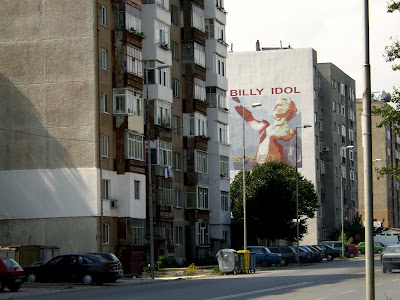 6 Responses to The Heavy Metal Capital of the World!